French Advertising Makes its Mark on the Global Stage

Trends and Insight 823 Add to collection

Traditionally more insular than its neighbours in Amsterdam and London, French advertising is finding its global voice, finds Laura Swinton 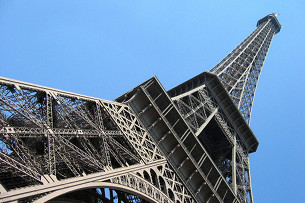 While French advertising has always made its mark creatively in the global arena, local agencies and production companies have not uniformly had global ambitions. Several agencies and production companies the LBB team contacted voiced some disinterest in reaching potential clients in other markets, but this laissez-faire attitude is far from uniform and it’s certainly changing.

After all, one of the biggest global advertising networks (hint: it’s Publicis) is headquartered in Paris. While the local industry might sound, on the surface of it, tightly focused on the French market, global ambition is also, paradoxically, part of the industry’s DNA.

“Let’s face it, Paris is not a global hub for international brands like the UK, US, or even Amsterdam are,” muses Altmann+Pacreau’s Olivier Altmann. But, as Olivier notes, the appeal of ‘brand France’ is most certainly global and the large French brands that are looking to bring that local ‘je ne sais quoi’ to international consumers turn to Paris agencies. “But we have our own global brands in luxury, cosmetics, and food, like Cartier, Vuitton, Chanel, Lacoste, Evian... So for brands that want to export a bit of the French touch, working with French agencies is the easiest solution. We understand each other. We also have great talent in music in order to find the right soundtrack.”

A prime example of this is BETC’s recent France is in the Air campaign for Air France – the strategy team found that one of the most appealing aspects of the brand for jet setters was, indeed, its inherent ‘Frenchness’. Chic print ads and a dreamy film campaign (directed by the deceptively-named French collective We Are From LA) leveraged that to powerful effect (you can read more about that campaign here).

But it’s not just big French brands that are starting to look seriously at French agencies. Last year Havas-owned Rosapark won a European account for printer brand Brother, through its Manchester office, and one of its major clients is Thalys, a trans-European rail company. It’s all part of a very deliberate business strategy, explains creative director Jamie-Edward Standen. “We do deliberately position ourselves that way; we want to be an international agency in France.”

At the same time, one of their other major clients is French supermarket, Monoprix, and for that the agency needs to find a particularly local voice.

It’s a sentiment echoed by Sid Lee Paris, who have noted increasing chances for French-based agencies to steal a march. “As globalization levelled the advertising playground, there is an opportunity for France to poach projects outside the Hexagone. Add to this the emergence of a new global language – “globish” (global English) – and France, much like any country, has the opportunity to create for the world.”

That globalization has also attracted a new wave of international companies to the French markets across production, post production and agency. The aforementioned Sid Lee has made a huge impact in the six years it has been open in Paris; in 2014 it won no less than 15 Lions at Cannes and was named Independent Agency of the Year at ‘Grand Prix des Agences de l'année’. Just this year, Swedish production company Acne opened its doors in Paris and Henry – the French outpost of Czar – has been expanding with its new young talent label ‘Troopers’ and luxury and fashion roster ‘SlowDance’. This year also saw global post giant MPC open a boutique in the city, headed up by creative director (and local boy) Franck Lambertz.

One further – and particularly idiosyncratic – trend that’s also breaking down barriers between the French market and global market is the crop of independent agencies linking up with China. The obvious example is Fred+Farid which has offices in Shanghai and Beijing. Similarly, digital agency Same Same But Different is helping both French luxury brands (like Louis Vuitton, Lancome and Longchamp) and non-French brands reach the lucrative Chinese market, with offices in Shanghai and Hong Kong as well as Paris and the obligatory New York office. Zorba Group is yet another Franco-Chinese venture with a presence in Paris and Shanghai, working with beauty, fashion and champagne brands. Zorba Group has been going strong for 11 years and the complementary relationship between the cultures can be summed up by their mottos ‘Paris is our garden’ and ‘China is big. So is our ambition’.

But the path to globalisation is not without its hurdles and not all parts of the industry have the same international outlook.

For one thing, notes the team at Sid Lee, the French way of working compared with more ‘Anglo Saxon’ hubs like New York or London – or at least the perception of it outside of France – can make global clients wary. “Regarding the quality of its creative work as well as results, Paris has nothing to shy away from Amsterdam or London. However, the image of Paris – the Latin way of doing things – adds an additional hurdle when trying to engage with global clients outside France. It’s a two way street though: massive global French brands are wary of branching outside their homeland to seek creative services.”

Production companies, in particular, find that for now the vast bulk of the content they create is made for the French market. There are many strict regulations around what may and may not be shown on French TV ads and print campaigns, which means that global campaigns are not always easily versioned for France. One curious knock-on effect of the rules around alcohol advertising (alcoholic drinks may not be advertised on TV and print campaigns cannot show people drinking alcohol; if they do show people they can only be the person producing the beverage or serving it) is that the French production industry misses out almost entirely on the big budget and international alcoholic drinks campaigns. (Conversely, production service companies in countries that export a lot of alcohol to France benefit a great deal from print campaigns that demand shots of local brewers or distillers. France, for example, is the second largest export market by volume for Scotch Whisky and so companies like Location Scotland have a consistent volume of work for whisky brands looking for regulation-compliant shots of Highland distilleries.)

Charlotte Marmion at Iconoclast in Paris has also spent time working as a producer in London and she says that agencies outside of France don’t seem to be keen to work directly with French production companies, partly due to language skills and partly because of the way production companies operate is quite different to those in London or Amsterdam.

Not that there isn’t an appetite for French directing talent – though most directors are represented by production companies in the UK and US for international work. French production companies have started to open up offices outside of Paris – Wanda and Iconoclast now have offices in London, for example – but they operate quite separately from their French headquarters.

For now it may seem that the Parisian advertising industry doesn’t have the same international clout as nearby Amsterdam and London, but as agencies change their outlook and start to use English as their business language it’s also clear that changes are happening. One way or the other, the world is coming to France. And France is coming to the world.