'Buy This!' sees a fictional ad agency working on briefs from real-life clients 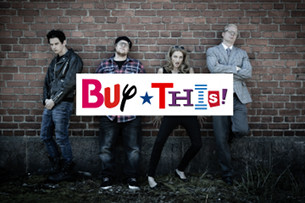 FremantleMedia has teamed up with global advertising agency TBWA to produce the original comedy sitcom Buy This!. The 10x30’ series is based around the world of professional advertising and sees a fictional ad agency working on briefs from real-life clients. The brands involved take an active role in the storyline receiving a distinctive content platform that will enable them to communicate with real audiences. A Finnish version of Buy This!, produced by FremantleMedia Finland, launched on Finland’s biggest commercial TV channel MTV3 in September 2014 and to date has performed above MTV3’s slot average having won shares of up to 22% amongst adults 15-24. FremantleMedia will launch the comedy format at MIPCOM 2014.

Each episode of Buy This! straddles the line between fact and fiction. The series itself depicts the everyday work-life of a set of individuals from a fictitious Helsinki based ad agency who are striving to make the best commercials money can buy. Their clients however include real brands such as global car manufacturer Nissan, global retailer Lidl, tissue brand Lambi, confectionary brand Fazer, global home appliance reseller chain Gigantti, Scandinavian coffee maker Paulig, Finnish food manufacturer Atria, Scandinavian cruise ship company Viking Line, Global Telecom brand Sonera, and eye care service chain Instrumentarium will undergo campaign development at the hands of the ad agency team. Fast paced and funny, Buy This! highlights the clichés of advertising and uses comedy as a medium to feature participating brand’s key messaging in a new light.

Eerika Vermila, MD of FremantleMedia Finland said, “FremantleMedia has thoroughly enjoyed working with TBWA on this bold and innovative format. The concept of Buy This! gives featured brands a unique environment to be daring and entertaining - reaching out to new audiences and increasing visibility through high quality TV content.”

Juha-Matti Raunio, VP Head of PILOT from TBWA, said, "The common myth is that incorporating brands into a scripted show in a natural way can be hard or almost impossible. From day one, we focused on the things we could create together with brands. We wanted to establish a platform where brands could have an active role in the story instead of being just a logo on a wall. And on top of that, they brought actors, celebrity cameos such as David Hasselhoff and of course the brand itself to the table - resources that can be only achieved through co-operation. I think everybody wins; the storytellers, the participating brands and most importantly the audience."

Stinde Mäkinen Commercial Director, MTV Media said “I immediately got excited about Buy This! I think it’s the concept that markets have been waiting for for a long time – one where you can produce high quality TV content with the advertiser’s message embedded."

FremantleMedia Finland worked collaboratively with TBWA Helsinki to create the show’s scripts by using real briefs from participating brands. This information acted as a guide as to how each episode was crafted. TBWA went on to develop real TV ad campaigns for the brands involved that reflect the campaign produced in the show. The adverts launch in the real world the week after its respective episode has aired.

Niko Sandström, Marketing Director, Gigantti said, “We got really excited and I am pretty sure that we were one of the quickest decision makers! We decided that we want to be a part of this in approximately 10 seconds. My feelings about the show and the commercial are extremely positive. They exceeded the promises we were made and I am very sure they both will become a great thing. Sales wise the following week went really well and we received positive feedback.”

Rasmus Bange, Senior Brand Manager, Fazer said, “Well my first feeling was - nice! And the fact that it’s great that there is something new. Although it seemed a bit scary at first - to put our brand into the hands of screen writers, the advertising agency and the TV channel - there was something telling me that this could become a good thing. The best thing is that it combines entertainment and marketing communications into one interesting package.”