The team at Freefolk mix colours, food and children for the joyful Easter spot 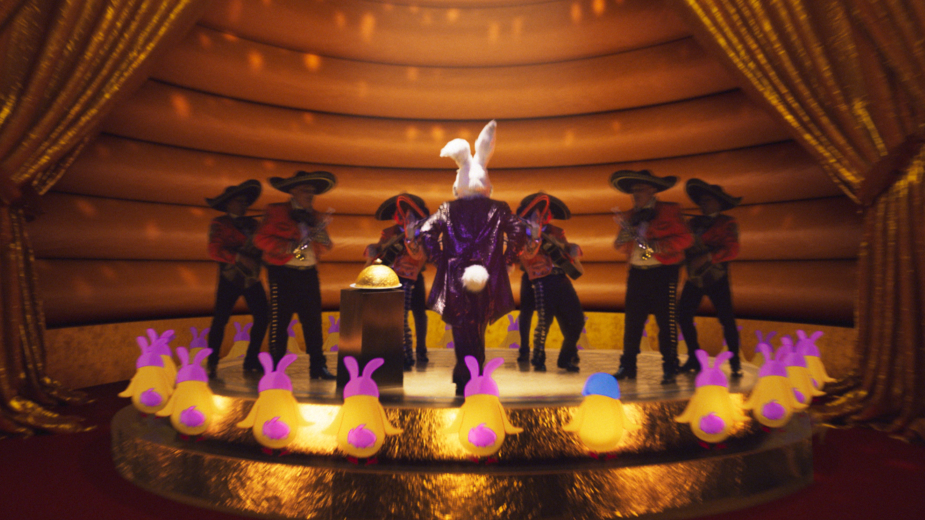 Freefolk put their award-winning VFX and post-production expertise to playful use for Aldi’s latest Easter campaign ‘I Like it Like That’, for McCann Manchester, directed by music video directing legend Vaughan Arnell, through Merman.

This Easter, Arnell and the Freefolk team, led by creative director and VFX supervisor Jason Watts, brought a joyful Mexican twist to the festivities with this latest commercial for Aldi.

Freefolk head of colour, Paul Harrison worked his magic on the grade with Laura Ricketts as VFX producer, Paul Donnellon was in charge of the animation with Andy Copping and Bradley Cocksedge working on the 2D VFX.

“Aldi’s ‘I Like It Like That’ was my first collaboration in the land of the free and I loved it,” Director Vaughan Arnell revealed. “After this dark year we’ve all had, I wanted to create a world of fun and put a smile on everyone's face this Easter.”

The spot is a mix of colours, food, children and joy. Not to mention the addictive song ‘I Like it Like That’ which became the basis for the Freefolk team to build a series of dance moves.

The spot starts by introducing a huge table full of colourful eggs and mouth-watering food, immediately takes a playful spin, with a mix of animated bluebirds, dancing chicks, singing lemons and ultimately a mariachi band.

Freefolk was honoured to collaborate with Arnell in this fun project, which brought together “the creatives and Vaughan's vision of very different worlds”, explained Freefolk Flame Artist, Andy Copping. “The advert used lots of mix media, from 2D effects, 3D environments, 2D animations and matte paintings, and getting them all to feel like one advert was a challenging but enjoyable experience.”

The spot opens with an aerial view of a circular maze overhead, for which the team were limited in what they could shoot (with height and props). “So a matte painting of the maze had to be made up to create the environment for the children to run around,” Copping explained. “We added depth with trees and animated birds and bees to give the shot as much detail as possible.”

For the singing lemons, a combo of shots to build the comp was used. “On a static shot we had the lemons squeezed from its sides to create that open mouth feel which adjusted the shape the more pressure was applied, unfortunately, the lemons soon fell apart,” Copping revealed “For lip-syncing them, we used a reference to real-life singing to match the movement. Once this long process looked correct then the clean up of the damaged lemons could be done, along with removing the fingers on the side. Then could be tracked into a real cleaned upshot.”

Nuke Environment of the inside of an Easter Egg

The final sequence, showing the inside of the Easter Egg, was definitely the most complex and creative part of the spot. Freefolk Nuke Compositor, Bradley Cocksedge, was in charge of compositing the interior of the Hive (chocolate egg): “We had a clear path on exactly how the director wanted the shots of the interior of the egg to look and feel like, so as the compositor in charge of these shots, I really took the vision and ran with it.”

The team built a realistic 3D environment with walls, golden curtains, discos lights as well as the light-up sign at the end. Flame Artist Andy Copping explained that the mariachi band and bunny-man were shot against a green screen and then comped together with 3D to create the end sequence.

The first brief to Freefolk Animator Paul Donnellon was to design some illustrated dancing chicks ‘with attitude’, which ultimately made the last sequence really stand out. “I went through my process of quickly designing multiple styles to get something which the agency and Vaughan could narrow down to a style that was close to what they were looking for,” Donnellon explained.

Once that was pinned down Donnellon set about doing a long 15-second dance routine to the music track ‘I Like It Like That’. “The final shot was 5 seconds,” he said. “But used various looping parts of that initial dance animation so it was a bit like a music video approach to shooting a dance and editing it in the comp which is an unusual approach for 2D animation.”

The other design aspects were birds and bees which needed to fly through shots and hook up nicely with the edits so these were designed once the locked edit was complete.

The Freefolk team had a brilliant  first experience working with Vaughan Arnell. Most of the artists were already familiar with the director's aesthetic and energy "which was a good starting point", said Donnellon. "He is so passionate about his vision," Copping continued. "And he was great at giving feedback and explaining how he wanted it to feel on screen."

Arnell really enjoyed the campaign and how hard each Freefolk department worked: "Jason and the folk were tireless. I always think you can tell a good crew when the director says ‘oh, one last thing’ (for the 1000th time) and the guys keep on crafting.

"Aldi's campaign was my first with Freefolk and it won’t be my last," he concluded.