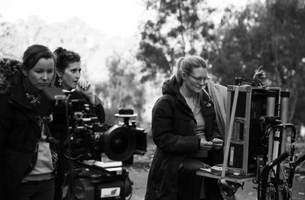 Advocating on behalf of women directors for equal opportunities to bid on jobs in the film, advertising, and TV industries, Free The Bid Australia has launched its Women Directors Database in tandem with the global Free The Bid initiative and has unearthed one of the industry’s largest resources to connect with female directors working in Australian broadcast media.

Free The Bid Australia’s category-searchable database showcasing the work of 100-plus Australian female directors – either signed to a production company or working independently – gives producers unprecedented access to female directors employed in diverse fields from advertising and fashion through to drama and documentary.

The database profiles up and coming to established directors and is also helping female directors to boost their international profile due to the site’s geo-tags and director portfolio archives. It also encourages women to expand both the style and scope of work they take on.

Says Free The Bid Australia ambassador Jasmin Tarasin: “Free the Bid is a practical and effective way to get closer to gender equality.

“Having a women-only director database makes it very easy to access a female director with the style and skills base for your project, plus the database is searchable into categories including comedy, VFX and documentary, meaning it’s proving very user friendly.

“I have already seen the benefits of being part of the global initiative and I think having female director in the mix is going to be an exciting chapter in the film industry whereby women can expand the scope and style of their work to create more opportunities.”

Says Screen Producers Australia CEO Matthew Deaner: “Free The Bid is a proactive initiative that paves the way for gender equality in the screen industry based on practical business outcomes.

Australian Directors’ Guild president and filmmaker Samantha Lang says: “The Women Directors Database is an invaluable asset for female directors and for those seeking access to this immense talent pool.

“This specialised database is an awe-inspiring indicator of the sophistication, diversity and richness of our local female directing talent. The Australian Directors' Guild, its board and members, wholeheartedly support this brilliant initiative.”

Adds M&C Saatchi Sydney creative director Sharon Edmondston: “When I first heard about the Free The Bid initiative, I thought it was just the jolt we needed to revitalise our commercial creative industry.

“We can now make a formalised and measurable commitment to diverse and emerging talent. It's a bold idea and I believe it has the potential to transform popular culture as we stretch the breadth and depth of ideas we are exposed to in film.”

Concludes Free The Bid founder Alma Har’el: “The most untapped pool of creativity awaits you Australia. Women directors are a secret no more. We are so proud to see the way in which Free The Bid is being embraced by the Australian ad and film industry and how Jasmin is triumphing it.  If there is something we’ve learned from our initiative it is that once producers use our database, they soon realise that gender equality, diversity and parity are business imperatives.”

If you are a female director and would like to have your profile created on Free The Bid Australia please email enquiries@freethebid.com.au. 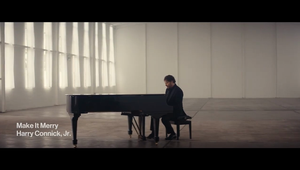 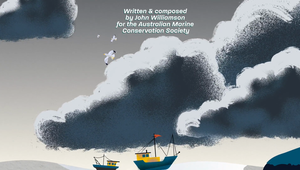