Free the Bid and the Earthquake of Female Talent

Trends and Insight 122 Add to collection

This International Women’s Day, Alma Har’el chats to Laura Swinton about her experience of Free the Bid, wider change for women and why hiring female directors is a win/win/win scenario 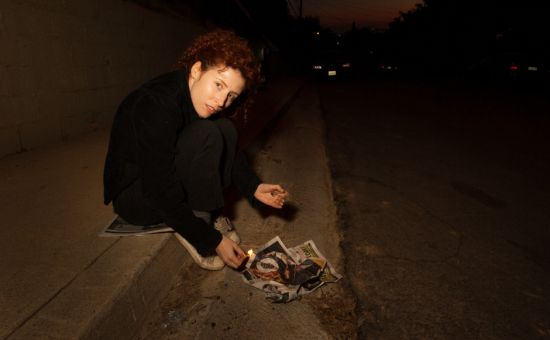 After years – decades even – spent bemoaning the lack of opportunities and progression for women in creative roles, across the industry talk is finally being replaced with action. One of the highest profile and impactful examples in advertising and production is Free the Bid. If you’re one of the three people who haven’t heard of it, it’s a movement that has encouraged agencies all over the world to tackle unconscious bias by including a female director on every pitch. It’s also an online directory and community of women directors, DPs and editors.
As well as making a huge splash when it launched in 2016, it has had a sustained and substantial impact on the industry. Production companies have been on a signing spree with women directors and the agencies that have pledged their commitment have seen a huge increase in women directors working with them.
For founder Alma Har’el, hearing about the tangible effect the initiative has had on the careers of women directors has been immensely rewarding. “We're most excited to hear that women are getting hired, making money and having their work noticed to a level that they weren't previously! Hearing from women directors who've told us that their profiles on our site are getting them called in to bid, getting hired, and getting them signed to production companies - it makes everything worthwhile.”
The launch of Free the Bid preceded the #MeToo and #TimesUp movement, which shone a cleansing light on the insidious gender power dynamics and disgusting sexual harassment within the film industry. These all seem to be part of a wider and deeper trend in the creative industries – but is it a momentary blip or a longterm change?
“We'd like to hope that it's a substantial change - certainly Free the Bid's pledge is an example of the kind of change needed to erode calcified attitudes throughout the industry,” says Alma. “The #MeToo movement is helping women in the work place in all industries speak up. This is bigger than films and advertising. This is a true earthquake that brings down many social constructs. We are here to support the work places when they are looking to bring more women into the work place.”
Alma also hopes that those in a position to hire and promote female talent are starting to see the business case for doing so. If social justice doesn’t motivate businesses, perhaps money will.
“When there are more women in power positions there is less of a chance your company will have sexual harrasment incidents.  When it comes to trends of hiring women, we are making sure that when this "trend" is over we have enough people who understand that the most untapped creative pool they haven't been diving into is that of women directors. This is a huge loss to them, if they don't realize how much good work they are preventing from their ad agencies and their clients,” she says.
One way that Free the Bid are hoping to create long term change is by broadening their reach to include specialisms beyond directors – they’ve recently added DPs and editors to the database. But what’s more is that Alma says that there’s a trickledown effect that comes from hiring a woman director to lead your production.
“We've just added editors and DOP resources to our database - that's a huge start! We always encourage the hiring of diverse crew members in all production roles, and we've been shown again and again that women directors/directors from diverse communities tend to bring diversity with them throughout the crews they assemble. When sets are filled with women and intersectional voices are allowed to participate in all levels of production, the results produced will only reflect our actual world better, creating more impactful marketing. It's a win/win/win for everyone involved.”
Agencies around the world are still signing up to the Free the Bid commitment. As an example of practical change, it’s a movement to learn from – and we can’t wait to see that trickle down continue to spread in the coming months and years.
Photo credit:  Piper Ferguson
view more - Trends and Insight