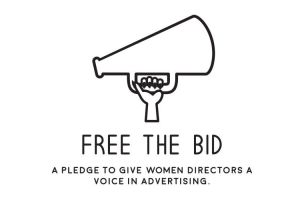 Historic diversity initiative Free the Bid is expanding its footprint to include a colourist category among its representation of women directors, directors of photography, and editors. The move, done with the support of creative studio Ntropic, expands its mission to promote equal opportunities for women across the full production pipeline. Since its inception, the non-profit has transformed the sourcing of creative talent - beginning with the simple pledge that agencies and brands insist on at least one bid from a woman director on every triple-bid advertising job.

“Free the Bid was born in September of 2016, founded by director Alma Har'el to address the systemic bias that has prevented women directors from finding equal opportunity in advertising,” remarks executive director of Free the Bid Emma Reeves. “After less than two years, Free The Bid's global database has expanded to include listings for women editors, DOP collectives, and now colourists, alongside the profiles of 700+ women directors all around the world.”

Helena Lee, executive producer at Ntropic, was inspired with the idea of adding a colourist category after seeing the huge impacts of Free the Bid on the advertising community in New York. Lee notes, “Free the Bid has transformed the bidding process with an ever-growing number of agencies and brands asking for female creative talent on every job. Colour has always been an integral part of production, so it’s only natural for colourists to be included as a part of the package. We’re glad to be at the forefront of showcasing the incredible female talent in this category.”

In support of the expansion, Lee and Ntropic colourist Ayumi Ashley compiled an international list of women colourists, which recently launched on the Free the Bid website. Ashley, who started her career by successfully co-founding her own finishing facility in San Francisco, shares, “By including colourists alongside directors and editors, Free the Bid is raising visibility for what has traditionally been a very behind-the-scenes role. That feels like an exciting development for all colourists. I’m happy to have helped create this directory for those wanting to bring more women into their creative process, and hopefully inspire a future generation of colourists.“

Reeves adds, “With the launch of our database of women colourists, we are thrilled to continue the natural expansion of our mission, advocating for women in all roles across the production pipeline. We want to extend a huge thank you to Helena and Ayumi at Ntropic and all of the other company representatives who have been instrumental in making this project into a reality. At this rate, anyone who's not checking our site on a daily basis is really missing out - watch this space!" 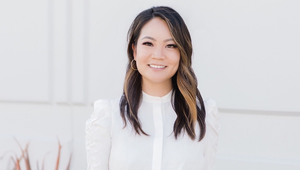 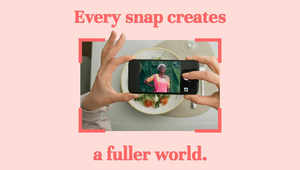