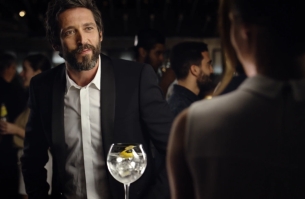 Parlez-vous Francais? Even if you don’t, you’ll appreciate this fun new commercial for Schweppes Indian Tonic.

The spot was directed by Ben Briand, with cinematography by Patrick Duroux (Cartier “L’Odyssée) for FRED & FARID Paris.

V.O: The Tonic falling slowly to maintain the sharpness of the bubbles

VO: And a final touch of lime to release all it’s intensity