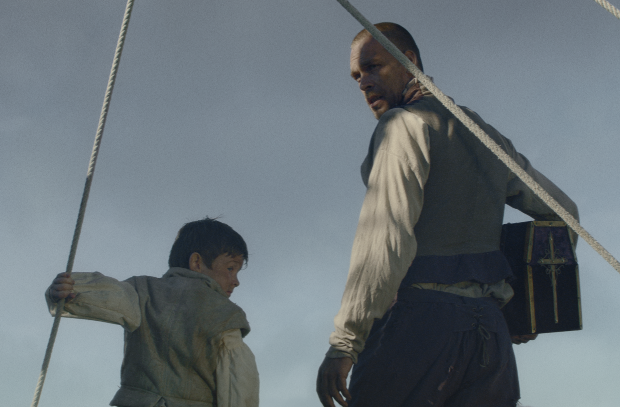 Cadbury has unveiled a new £6 million marketing campaign celebrating the launch of new Cadbury Dairy Milk Freddo Treasures. The campaign aims to inspire parents to say ‘yes’ to everyday adventures with their family, showcasing how Freddo Treasures are perfect for an inspiring and fun adventure.

The creative highlights the fun families can have by taking five minutes out of their busy days to head outside on a free-spirited adventure on any given day – whether that is on the school run or the 20 minutes before tea-time. It follows a father and son who are enjoying imaginative play in a playground together, opening on a dramatic scene where they are defending their treasure. It cuts to the real world, where we see the father and son interacting with Freddo Treasures – the inspiration behind their imaginary adventure. It aims to immerse the viewer into the father and son’s imagination, taking you on the adventure with them.

The campaign is launching with a 40-second TVC, for the first ever time, on Saturday May 4th 2019 on ITV’s Britain’s Got Talent alongside OOH, digital and PR activations that will follow. The digital activity will go live on 6th May to align with the TVC launch and will see a range of YouTube Bumpers and Facebook Posts that support the campaign, creating relevance for parents. PR activation will follow w/c May 27th, which will further bring to life the concept of Big Hearted Adventures, Every day for consumers

In another first, the campaign includes the addition of the Be treatwise logo across the brand’s advertising materials including the TVC where it appears in the final frame. Be treatwise was originally launched as a logo on Cadbury packaging in 2006 and was relaunched as an industry initiative, alongside Mars and Ferrero, in 2018 to help the nation have a healthy and balanced approach to treats.  As part of the relaunch, the logo has been redesigned to be more prominent on pack and act as a visual prompt to remind consumers to treat responsibly.

The campaign marks the first time Cadbury, or any brand, has used the logo in its advertising materials and is also intended to drive consumers to www.betreatwise.net where they can find practical tips and advice on how treats can be enjoyed as part of a balanced lifestyle and diet. Philip Warfield, Senior Brand Manager, for Cadbury Dairy Milk Freddo said, “Cadbury Dairy Milk Freddo has been a firm family favourite for years, so we are very excited to be adding to the range with new Freddo Treasures. Packed with adventures, Cadbury Dairy Milk Buttons and a surprise toy in every pack, we hope the new launch will inspire parents to say yes to more big-hearted adventures with their families."

JimThornton, Deputy ECD, VCCP said: “In my humble opinion, the very, very best advertising tells either a really good story, or a really good joke, in under 60 seconds.

"And this little gem is up there with the very best I've ever been involved in.

"Drama, emotion, a father and son relationship, all inspired by a product packed with adventures, beautifully written by Chris and Ahmed, brilliantly realised by James, and backed to the hilt by the lovely people at Mondelez.

"It's why I got into the business in the first place, and why, after 32 years, it's still better than a proper job."

The Cadbury Dairy Milk Freddo Treasures campaign will kick off on May 4th 2019 for a total of seven weeks.