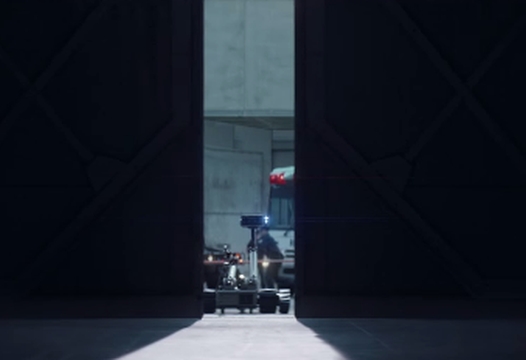 For the commercial launch of the new Audi TT in France, Audi France unveils its new campaign created by Fred & Farid Paris.

At the end of this year 2014, Audi reaffirms its DNA on sport and avant-garde by launching the third generation of Audi TT. On the strength of major innovations such as the Audi Virtual Cockpit® and its unseen digital display, or the Audi Matrix LED® headlights which adapt to your environment, the new Audi TT renews the codes of the genre.

“Design Sport Car” by excellence, the new Audi TT achieves a perfect balance amongst design, technology and sportsmanship in order to provide a maximum pleasure and remarkable sensations of driving. The tagline of the campaign: “You Dare or You Don’t”, resonates as a touch of provocative invitation, to discover a unique, iconic and ultimate model in the automobile world.

At the heart of the campaign, a film, imagined by Fred & Farid Paris agency, playing with the codes of big Hollywood films. The iconic model is plunged into the heart of an action of the stage, which becomes an unidentified object where the revelation is the heart of all the attentions…

“The tension and the energy of the film became the height of emotion that brings this iconic model. This film is only a pretext of the staging for the aim of enhancing the beauty, the power and the design of the new Audi TT.” Benjamin Marchal and Olivier Lefebvre – Creative Directors at Fred & Farid Paris

Ben and Olivier entrusted the production to the film duo, Fleur & Manu, the new generation of French directors “clippeurs”. Beginning their career with producing videos, Fleur & Manu worked with Sébastien Tellier, Tricky, Phoenix, Etienne de Crécy and M83. Today their work is totally devoted to the production of advertising films, with 2 Cannes Lions, several Clio Awards and 2 Yellow Pencils at D&AD Awards. “In order to create the emotion, we wanted directors with a strong vision in the artistic direction. In the manner of their last video for the artist Gesaffelstein, Fleur & Manu are perpetually in the research of putting the emotion on the stage.” Ben and Olivier – Creative Directors at Fred & Farid Paris. Filmed in Barcelona, the video is completely made with an Alexa for a natural image, highly stylish and modern, and at the same time glorifying the body and the look of the new Audi TT.

For the music, Ben and Oliver called on Saycet (studio sound artist & sound design by Capitaine Plouf); the French electro artist made an organic sound track, which brings the whole film’s sphere out in order to create a dramatic tension that grows until the moment of revelation.

The campaign “You Dare or You Don’t” Audi TT will be broadcasted on television and in cinemas  from November 16th in France (30 and 45 seconds).