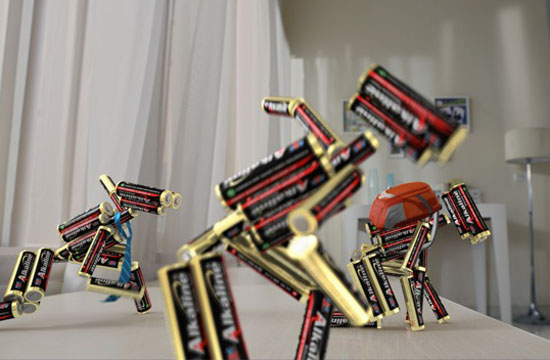 The latest animated campaign by Indonesian agency Chou Senko has used creative technology developed by Australian company Cospective, to realise the potential of international collaboration. The Indonesian market is proving to be one of enormous potential for the Frankie video review platform as shown by the campaign for ABC Alkaline batteries.

The agency briefed production house Square Box to develop an animated 45-second TVC with an ambitious creative brief - ‘Batteries literally come to life on and energetically jump, skip and dance on a computer keyboard before giving life to household appliances’.

Such projects are often challenging but with six companies involved, across three continents, speaking three different languages, the complexities were magnified. Enter Frankie. The video-sharing platform that enables multiple parties around the world to collaborate in real time at various stages of post-production, seamlessly, clearly and irrespective of internet speeds. Showing, rather than explaining, eliminates ambiguity and overcomes potential language barriers.

Although Frankie (built upon the same technology as Cospective's Academy Award winning cineSync software) is still relatively new to market, customers all over the world are already enjoying its benefits on a wide range of different projects.  Takeshi Takada, executive producer at Alt.vfx, says the platform assists in all stages of workflow, from concept design to final feedback.

“The real-time discussions and feedback we receive from clients cuts huge amounts of time spent going back and forth between client, director and other artists we collaborate with,” he said. “It allows us to show exactly what we are talking about, rather than trying to relay information over email or phone."

Frankie is offered on a flexible, monthly subscription basis, making it easy activate as needed for individual projects.  Users can try Frankie for free, using a fully featured trial account, then later convert it to a paid subscription with all the same account details.

“Frankie makes the process so much simpler and more effective,” Jeremy Pollard of Cospective says. “It's the closest thing to having everyone in the same room. It's also ideal early on for discussing storyboards and sketching out ideas to ensure everyone is on the same page right from the start. Best of all it's very simple to set up, easy to learn and fun to use."