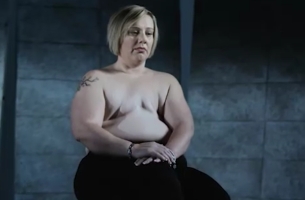 On 8th October, Jo Whiley played host to the 2015 A Bigger Bounce fundraising event at The Roundhouse in Camden, London. The night raised £1,000,000 towards life-saving research for Breast Cancer Now, the UK’s largest breast cancer charity.

The one-of a kind fundraising dinner, set up by a committee of London’s leading professionals, including easyJet CEO Carolyn McCall, Omnicom Media Group CEO Philippa Brown and Great Guns founder and CEO Laura Gregory, combined comedy and music with auctions for unique prizes and once in a lifetime experiences.

Great Guns was immensely proud to present for the first time a film by their recently signed director Frankie Caradonna. The emotional three-minute film was made especially for A Bigger Bounce to highlight the seriousness of the cause and the importance of breast cancer research. The film superbly portrays the courage, conviction, hope and goodwill that the event stands for.

In making the film, Frankie worked closely with Breast Cancer Now and its project manager Laura Donnelly to interview survivors of the disease, and relatives who have lost loved ones. The extensive telephone and Skype interviews were carefully crafted to form the narration, with three amazing participants then bravely and kindly giving their time to be filmed on camera.

The film captures the raw emotion of the stories from the perspective of three people: powerfully demonstrating the hold that cancer takes, not just on the sufferer, but also on their family. Heart felt thanks and admiration go to Fran Haworth, Jim Hotchin and Angela Lovett, who received a standing ovation from the event’s 750 guests.