The song which features on Francesco's album, Piano Circle Songs, is due for release on 8th September via Sony Classical 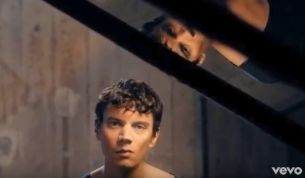 With the release of his new album, acclaimed pianist Francesco Tristano returns to his first passion with a selection of beautiful, newly composed works for solo piano. Piano Circle Songs also features award-winning Canadian pianist and songwriter Chilly Gonzales on four of the tracks, of which Gonzales composed “Tryst” himself for the album. After several years of working with beat-driven electronic music, Tristano’s latest recordings explore the gentler, more innocent side of his creative personality with simple, poignant melodies being the key creative motivation. Tristano explains this new direction: “I love the beats, I love the constant impulse. The music on Piano Circle Songs is the opposite. It’s very intimate, a melodic way of composing that has been largely inspired by the fact I had children. They made me explore a gentler phase of what I could do at the piano, in terms of writing.”

It was important for Tristano to capture the intimacy of the music in both the recording and the post-production phases. By purposefully placing microphones close to the instrument, he wants the listener to experience the sensation of having “their ear inside the piano”. The album theme of “circle” reflects the cyclical nature of the pieces themselves; many of the works follow ABA form or extended variations of this. Tristano explains: “I had already written a couple of ‘circle songs’ and in my first meeting with Chilly Gonzales, we were incidentally talking about circles. That most perfect and yet simple geometric form. For me it’s a perfect shape because you get 360 degrees without even taking a right or a left turn. It encapsulates the idea of a cycle, like the seasons, so whatever state you’re in you’ll return to it. And it also reminds me of the behaviour of children because children are I think the greatest representatives of human kind. And their behaviour is very much in a circular pattern. They might change personality 18 times a day, but by the time it’s bedtime, they are back at the original starting point of the circle.”

Francesco Tristano will perform these Piano Circle Songs in London at the South Bank's Royal Festival Hall, on September 20th, 2017.