Frances and Refuge Take On Domestic Violence with Beautiful Promo 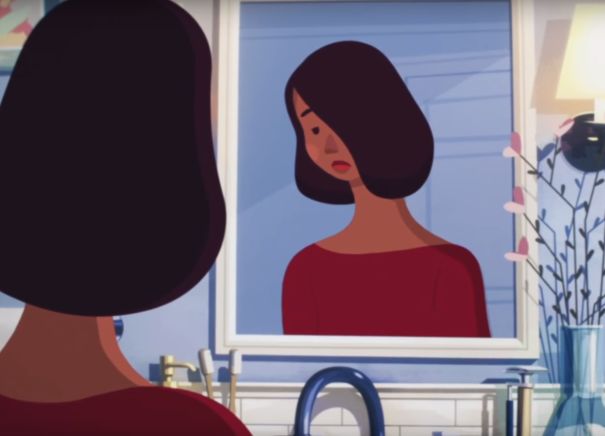 The campaign launches as new research reveals that two women are killed by their partner or ex-partner every week in England and Wales alone. One in every two young women experience controlling behaviours from a partner – and over a third of young people would not know where to turn to for support. Made with the support of Globe, Universal Music UK’s Creative & Commercial Partnerships division, the film is a major prevention initiative that enables Refuge, without any media spend, to use an unexpected channel to let young women know they’re not alone.

The animated film was created by award-winning animation studio Le Cube and directed by Brazilian director Ralph Karam, through International production firm Not To Scale. It will be released on 20th March as the official music video to France’s single ‘Grow’, which is a moving ballad about supporting a friend. World-famous Hollywood Animation Director Clay Kaytis worked as a Creative Consultant on the project. Kaytis, who directed The Angry Birds Movie, is a former Head of Animation at Disney who worked on hit films including Frozen and Tangled.

Frances is one of the UK's most talented young musicians. She was named one of BBC Music’s ‘Sounds of 2016’, nominated for the ‘Critics Choice’ Award at the BRITs and Glamour’s Women of the Year 2017. Her much anticipated debut album, ‘Thing’s I’ve Never Said’, features ‘Grow’ and will be released on Friday 17th March.

The aim of the music video is to ensure women who experience domestic violence realise they are not alone and that Refuge can support them. The film depicts a woman going about her daily life; except that due to the abuse she is experiencing, she becomes visibly more isolated and alone. One day, she meets a character representing Refuge, who recognises and understands what she is going through and supports her to escape the abuse and rebuild her life.

The female character is based on Melanie Clarke, a real-life Refuge client who benefited from the charity’s expert support following more than decade of physical and psychological abuse at the hands of her ex-partner, whom she met when she was 14. On any given day, Refuge’s specialist services support close to 5,000 women and children like Melanie and her family.

George Hackforth-Jones, Creative Director at BBH London commented: “Grow is a beautiful, bittersweet ballad, and the lyrics chime perfectly with the more positive message we want to put out there about life after domestic violence; that there are people who can see what you’re going through, and things can get better. Being the official music video to such a moving song lets us talk to young women in a powerful and unexpected manner. Using animation felt like a good way to tell what is a heartbreaking story in a sensitive and hopefully heartwarming way, and have fun playing with little details like Frances’ polka dot socks.”

Frances said: “I feel so honoured to be a part of this campaign for Refuge. I want nothing more than to give something back with my music, and I hope that this incredibly important video which features my song, Grow, will resonate with people all over the world, and especially to women who are experiencing domestic violence and needing help as we speak. Refuge is here for them - we want people to realise they are not alone.”

Sandra Horley CBE, Chief Executive of Refuge, added: “Refuge is delighted to partner with the very talented Frances. Her beautiful and poignant song ‘Grow’ is a perfect fit for this incredibly powerful video. Music is a powerful and effective way to reach people, especially younger people, with important messages. Thanks to Frances’ legions of fans, more young women will be made aware the support Refuge can provide. Refuge is determined to use whatever creative means possible to reach young women. I am grateful to Frances and BBH for helping Refuge to bring this appalling crime out of the shadows, and I hope the ‘Grow’ video is watched and shared far and wide.”

Melanie Clarke, who the character is based on, commented: “I was so pleased to take part in this video. I understand what it’s like to feel as though nobody knows what you are going through. I was living with domestic violence behind closed doors for years – I kept it all to myself and told my family and friends I was fine. My ex-partner had deliberately isolated me; his controlling ways made me isolate myself from people. When I received support from Refuge, it was like somebody turning on a light. They supported me to me realise I was not alone and that I could have a safe and happy future.”

Production Company: Not to Scale