'France is in the Air' in BETC Paris' Air France Campaign 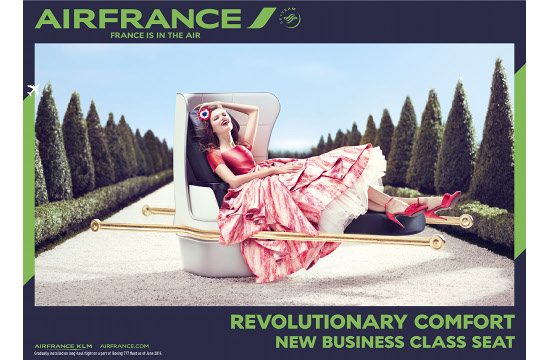 On 2 April, Air France will unveil its new campaign, "Air France, France is in the air" in the printed press and on the internet, social media and radio in 12 countries (France, Germany, Brazil, Canada, China, Spain, USA, Italy, Japan, Russia, Senegal and Switzerland).

The new campaign consists of 6 visuals illustrating the services offered by Air France: the comfort of the A380, the new La Première and Business cabins, gastronomy, the network, and SkyPriority, and is supplemented by 12 visuals depicting iconic destinations served by Air France. 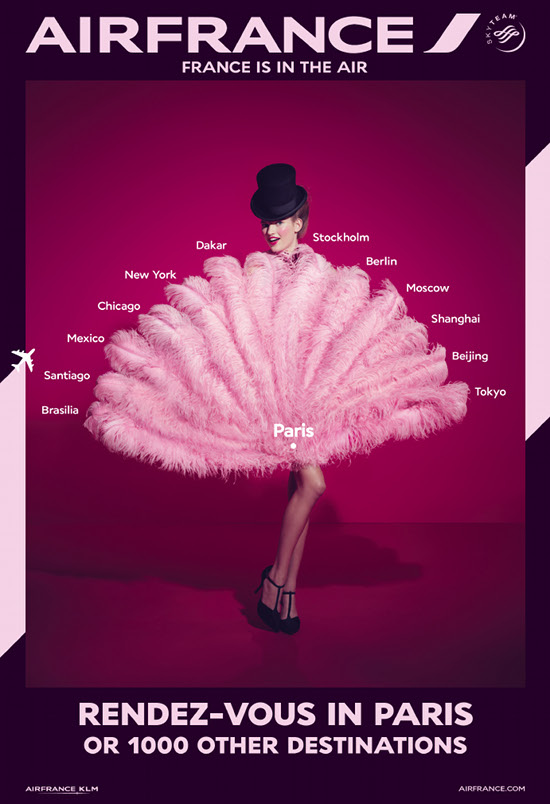 "Air France, France is in the air" is daring to be different to carry the ambitions of the Transform 2015 plan. The visuals, created by the Argentine photographers Sofia & Mauro, create an effect of surprise by mixing heritage and modernity, while echoing Air France's past as a renowned poster specialist. The airline's eminently French character and the notion of the pleasure of traveling with Air France are illustrated in a fun, lively and exciting message, in line with the French lifestyle. The bright and offbeat tone creates a form of affinity and proximity with the public.

Fifteen years after "Making the sky the best place on earth", Air France is adopting a new signature "Air France, France is in the air". In English, it illustrates France's openness and internationality and highlights the positive universal values associated with France. 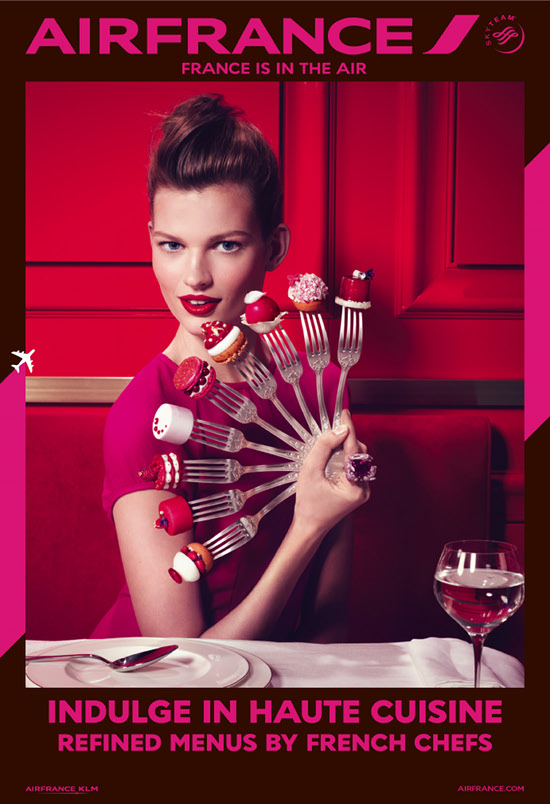 Tested on customers on key markets

The new campaign was tested by independent consultants on customers in various markets throughout the world who have traveled with Air France and other carriers, and qualitative studies helped to refine the process.

The customer at the heart of the digital strategy

The campaign includes the entire Air France digital strategy and will be seen on its websites and on social media. Since March 17, the new signature has been posted on Instagram under #franceisintheair. Games and competitions on Facebook, Twitter, Instagram and Pinterest will exclusively unveil the campaign's visual to fans and followers as from March 28. This will be accompanied by the 'customer service' teams who are present 24/7 on social media.