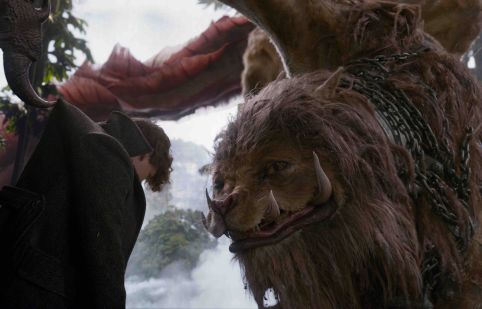 While the Oscars might still be three months away, the race for the VFX Oscar is already heating up – with Framestore projects making up almost a third of the longlisted projects.

Twenty films are eligible for consideration in the visual effects category at the 91st Oscars, and of these six are projects that Framestore worked on.

Between them the films showcase the tremendous breadth of Framestore’s skill and creative work, featuring everything from eye-popping superheroes and deft reinterpretations of much-loved classics to characters, landscapes and environments whose like has never been seen before.

- Fantastic Beasts: The Crimes of Grindelwald

This news coincides with two Annie nominations for Christopher Robin and Paddington 2, both of which were nominated for the prestigious ‘Character Animation in a Live Action Production’ category.

Fiona Walkinshaw, Framestore’s global managing director, film, said: "I’m tremendously proud to see so many films Framestore worked on make the preliminary cut. Whether we’re levelling cities, conjuring a menagerie of J.K. Rowling’s beasts or bringing a unique, game-changing approach to the characters of Christopher Robin our hallmarks are always there: skill, passion and creativity. A huge congratulations – and a huge thanks – are due to Framestore’s incredibly talented staff of VFX supervisors, animators, artists and creatives."

Later this month, the VFX branch's executive committee will select a shortlist of 10 films that will advance to nominations voting.