A heady mix of creatures, FX and environments proved to be an exciting challenge for the team as they head back to Hogwarts 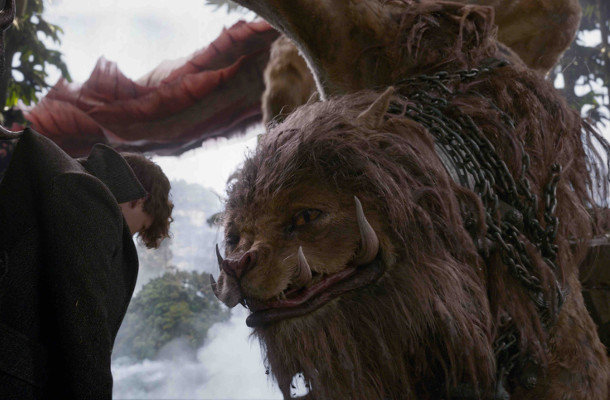 Framestore makes a welcome return to Hogwarts for J.K.Rowling’s sequel Fantastic Beasts: The Crimes of Grindelwald; having delivered 490 shots of VFX and animation across their sites in London and Montréal. The studio was creatively involved from the outset, with Framestore creative director, Christian Manz, joining Tim Burke as the film's joint overall VFX supervisors. Framestore worked on huge London and Paris environment builds, the French ‘Ministere des Affaires Magiques’ as well as 15 separate beasts; including the standout ‘Zouwu’ and old friends Niffler and Pickett.
Animation Supervisor Nathan McConnel joined from pre-production, overseeing a small team of animators on-site at Leavesden Studios to develop the film’s creatures through pre-vis and post-vis animation vignettes; playing a key role in shaping the creatures’ personalities and performances. As with the first film, the team worked from concepts developed by Framestore’s Art Department amongst others, animating over 100 beasts to showcase personality and behaviour variations. This gave director David Yates the ability to visualise the beasts and work out how they would fit into the scenes. “It was the most collaborative film that I’ve worked on,” says Nathan. ‘It was a very open brief; it was great to be there so early in the process and be so creatively involved.’ 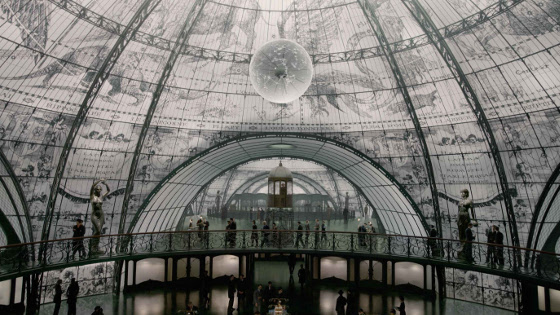 Among those to find their way into Newt’s menagerie is standout beast the ‘Zouwu’ - feline-like, elephant-sized, with a scraggly lion’s mane, long sharp claws, and a disproportionately long, ruffled tail. “Our remit for this film was to create even more spectacular and nuanced, visually-striking creatures”, says Nathan, “this was embodied by the Zouwu.” The team referenced lizards for her body movement, in direct contrast to the cat-like facial performance. They also took reference for her head and tail movements from Chinese Dragon parade performances. Says Andy Kind, VFX supervisor, “She was one of the most complicated creatures that I’ve ever worked on; the long tail, the anatomy, the fur, the tendrils of the mane - all individual challenges that added up to a very complex creature.”
The Crimes of Grindelwald also challenged the team with several show-stopping environment builds. The team recreated the Great Hall faithfully using references of the set used in the Harry Potter films, preserved for the Warner Bros. Studio Tour in Leavesden. In London, we meet a young Professor Dumbledore (Jude Law) who conducts a conversation with Newt in a series of apparations around different iconic locations, including the roof of St Paul's cathedral, Trafalgar Square and Lambeth Bridge. The team painstakingly rebuilt these period locations in CG, adding dirt and soot to the buildings to age them. In the scene, Dumbledore has conjured a fog, quite the compositing and lighting challenge. “When dealing with fog it’s hard to get that feeling of space and density,” says Andy, “as well as the cinematic quality to the light filtering through.” 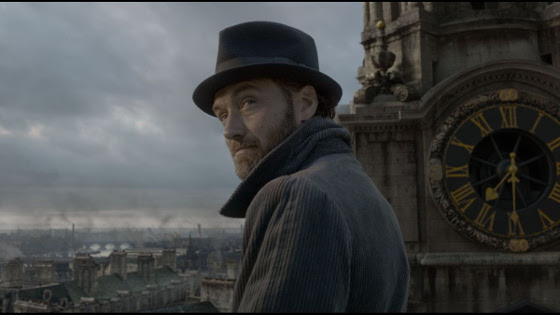 The story moves to Paris, France. Plates were captured in the city, overseen by Framestore VFX supervisor Rob Duncan, who was 2nd unit supervisor on the film. The team still had to extend the city within a complex CG build. Says VFX supervisor Nicolas Chevallier: “It was a huge challenge, especially since we had shots in both daylight and in the night. We used Stuart Craig’s production design, original drawings of the city, references of the period architecture and LIDAR scans of Paris itself to make sure that we captured a close match.”
Framestore was delighted to bring to life the French equivalent to the Ministry of Magic, the ‘Ministere des Affaires Magiques’; a huge build which took around a year to complete. The design was based on the Art Nouveau architecture of the time, and features an ornate sequence of domes intersected with columns and animated shelves. “It has a cathedral scale,” says Andy. “We ended up creating a lot of full-CG shots to work with the animation and camera.” The environment hosts one of the biggest action pieces of the film. Newt attempts to escape when set upon by the guardians of the Ministere des Affaires Magiques; the Matagot. Painfully-thin spectral sphynx-like cats, the Matagots are distinctive; the team built underlining muscular anatomy to allow the audience to sense their inner skeleton using proprietary tool Flesh and Flex. The whole sequence took around a year to complete, “It was a huge environment build encompassing a lot of action with the Matagots and the Zouwu appearing too,” adds Andy, “We also had to add intricate engravings on the glass walls of the domes, and there were lots of magical elements inside the building to create.” 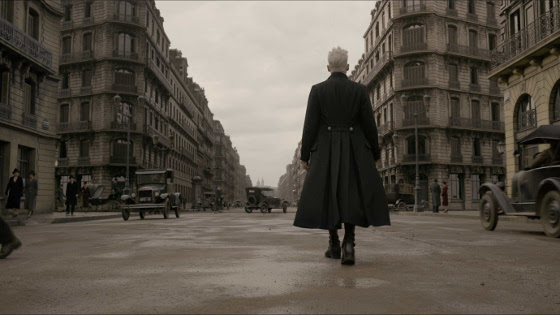 A spellbinding sequence in Paris takes place at the Circus Arcanus' freak bestiary. A complex, action-packed scene, the team was required to stitch several plates together seamlessly and add multiple tents and carts to the circus environment. A host of magical CG beasts were built and animated for the scene; including mischievous Fire Drakes, an Oni and a Kappa. “This was definitely my favourite sequence” says Nicolas. “It was hugely complex with so many creatures in the shot flying around in complete chaos, but it was really fun to make happen.”
The Niffler also makes a return from the first film, as Newt’s scene-stealing sidekick. “We get to see the connection Newt has with the Niffler in this film”, says Nicolas, “and our artists were able to work on showing this relationship develop.” Newt conjures golden dust to help the Niffler trace footprints, helping Newt to understand what happened at the Circus; “The Niffler acts as a kind of Watson to Newt’s Holmes, a bit like a cute sniffer dog,” adds Nathan.
Framestore’s expanse of work also included the challenge of the complex Nagini transformation; where artists used reference of a contortionist to see how she wrapped her limbs to fold into herself. The sequence was a tough challenge not only because of the long length of the single shot, meaning that there was nowhere to hide, but also for the compositing and creature FX teams, who worked with seven separate snakes rigged to create the illusion of the character turning into one large snake. “We didn’t want it to look disturbing, as though the character’s limbs were being broken”, says Kind. “We created a look where the limbs would break at the elbow to look softer and more like a coil instead of a hard joint; but it was done very subtly.” 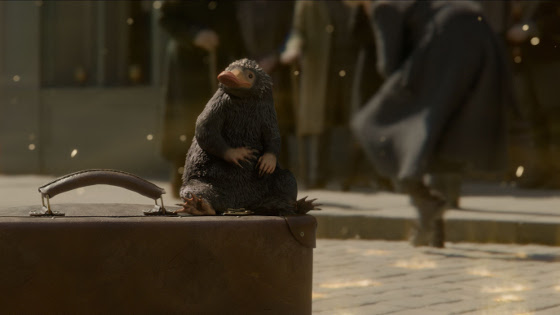 Fans of the wizarding world are also excited to see a rebirth of the magical bird, the Phoenix, which is transformed from a chick to an adult within a burst of flames in a handful of shots. “It was a challenging process because the creature had to look real - but it’s a magic bird so needed that mystique about it,” says Nicolas. For the overall design and build, the team drew on references of real birds, including the hawk and eagle, in order to create this mythical creature. Says Nicolas “It had to be physically-based, as well as being simple and elegant.”
A heady mix of creatures, FX and environments proved to be an exciting challenge for the team used to working within the Wizarding World. “These films are fun to work on because there’s always a great creature that can be designed and conjured up” says Andy. “It was also really nice to see the flurry of excitement when the Nagini snake reveal ended up in the trailer.”
Joint Overall VFX Supervisors: Christian Manz, Tim Burke
VFX Supervisors: Nicolas Chevallier, Andy Kind
Animation Supervisors: Nathan McConnel, Kyle Dunlevy
view more - Creative