Framestore's 'A New Chapter' Celebrates the Rich History of Formula One 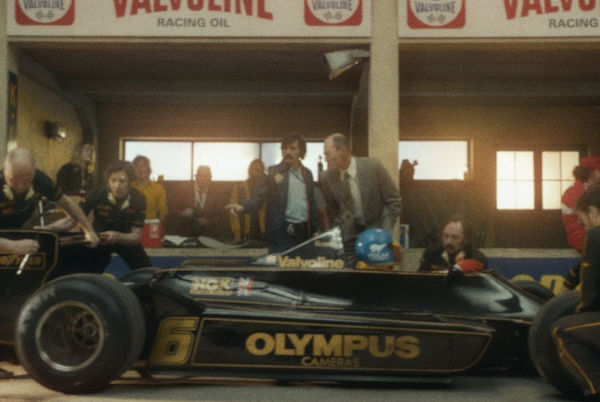 Legendary champions, bitter rivalry, genius engineers and ever-evolving cars – the rich history of Formula One is celebrated in A New Chapter, a TV commercial for Sky Sports F1 that Framestore is proud to have worked on.

Written by Sky Creative, shot by Lieven Van Baelen at Knucklehead and cut to Fleetwood Mac’s The Chain, the 40-second film charts the evolution of Formula One in a sweeping montage of lovingly recreated historic F1 moments, characters and cars. Scenes include legendary Argentinian driver Juan Manuel Fangio getting into a 1950s Ferrari, Team Lotus’ ground-breaking, ground-hugging (and mostly unbeatable) Lotus ’79 design, and McLaren team-mates Ayrton Senna and Alain Prost in a heated confrontation in the late 80s.

"Each era had to have its own strong identity to register on screen and the crossovers between each also had to be seamless as the camera pans through the ’50s, ’70s, ’80s, ’90s, and early 2000 through to 2019," says Framestore Senior Colourist, Simon Bourne. "I researched all the eras in depth, watching the movies Senna and Rush and exploring a wealth of other archive material to really pinpoint the fine details in capturing the different qualities of film footage, including grain and texture, from the featured periods."

As well as Bourne’s stellar colour work, different effects were applied to each period scene in Flame. The 1950s scene features a slightly scratchy old film look with some vignetting, while the 1970s scene has a certain nostalgic feel that, together with the grade, is reminiscent of long hot summer evenings. The 1980s scene has a low-resolution TV look and into the 1990s the resolution gets a bit higher and as the film progress into the present day, the image becomes super slick and ultra high res.

"On top of that, we added our own camera move in post to break up the very linear left-to-right motion control," adds O’Brien. "It’s a little bumpy in the 1950s, very smooth in the 70s, and in the 80s things went a bit more hand-held so there’s a little bit of movement there. Then it’s a bit slicker in the 1990s with a very smooth motion control move for the end scenes."

"Framestore really came on the journey with us," says Sky Creative Agency’s Head of Production, Paul Mortimore. "They were a joy to work with and their commitment to the project was fantastic. We couldn’t be happier with the finished product."

A New Chapter aired on 2nd March and Sky Sports F1 exclusive live coverage of this year’s Formula One season kicks off on March 17th with the Australian Grand Prix. Watch the full video below.