The nomination comes for Framestores work on The Midnight Sky 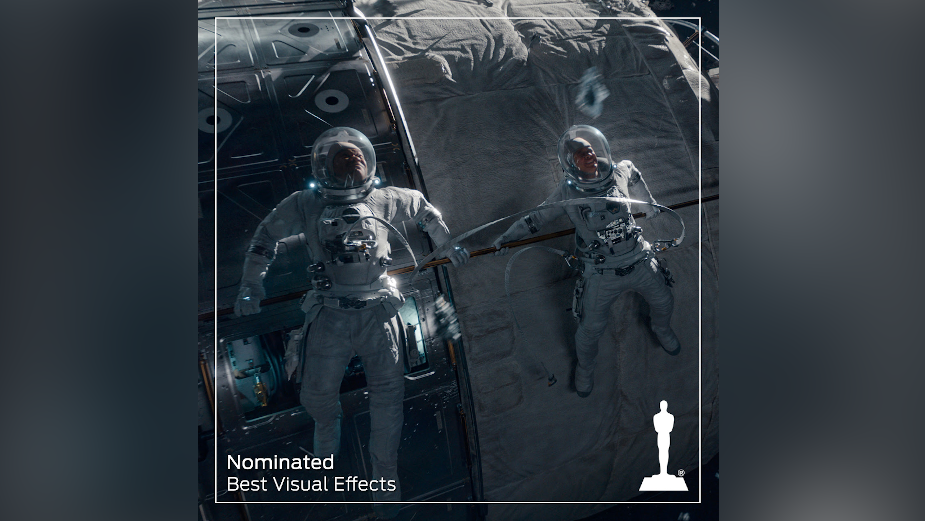 Framestore has be nominated for the 'Best Visual Effects’ Academy Award for its work on The Midnight Sky.

This marks Chris Lawrence’s fourth Oscar nomination, following nods for Gravity in 2014 (for which he won the award), The Martian in 2016 and Christopher Robin in 2019.

As well as intricate worldbuilding, the team deployed cutting-edge techniques to craft the film’s intense and emotional setpieces, including a tense spacewalk involving a pregnant Sully (requiring utterly imperceptible digital face replacements) and the beautiful but nerve-jangling ‘ballet of blood’ sequence.

Fiona Walkinshaw, Framestore’s Global Managing Director, Film, said: “The team’s work on The Midnight Sky does exactly what the best VFX should do: it’s so good that you don’t even realise it’s there, allowing the film to envelop you whether you’re accompanying Augustine in the Arctic or out in the depths of space with the Aether crew. Chris, Max and their teams deserve our heartfelt congratulations for this spectacular achievement, and the entire company is rooting for them.”

Chris Lawrence, VFX Supervisor, said: “It’s a great honour to have had Framestore’s work on The Midnight Sky recognised for an Oscar nomination by our peers in the Academy’s Visual Effects branch. It was a huge, diverse team, spread around the world, working in very challenging conditions during 2020 and I’m happy that our beautiful work on the film has been singled out by AMPAS, BAFTA and the VES this year."