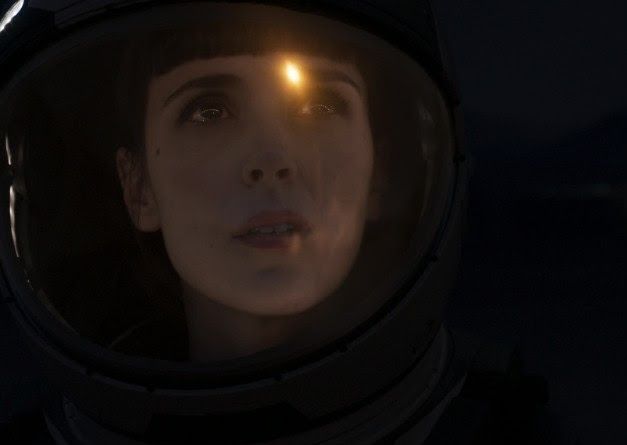 As with the first series, Framestore undertook the management of all the VFX and design components of the production, working closely with the scriptwriters, directors and production company to plug in insight and know-how gained from an unrivalled history in pioneering visual effects (and an epic portfolio of cinematic space work including Gravity, 2013 and The Martian, 2015) at the start of – and throughout – the creative process.

With a high level of trust established during the making of series one, Framestore's MARS 2 team was led by creative director Russell Dodgson, head of television Michelle Martin and CG supervisor Robert Harrington, who worked closely with Oscar- and Emmy-winning production partner RadicalMedia and its president of entertainment and series co-creator and executive producer Justin Wilkes, plus directors Everardo Gout, Stephen Cragg and Ashley Way and series two showrunner Dee Johnson, from the earliest stages to define the VFX needed to bring the dramatic plot of MARS 2 to life, whilst providing the creative solutions to do so practically for the small screen and the series' budget. 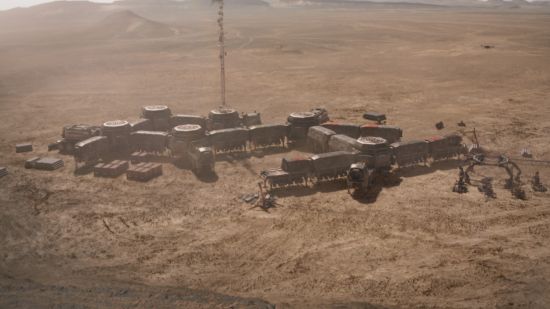 “The ways of working we've developed with the wider production team over two series of MARS is as exciting to us as the work itself,” says Framestore’s Michelle Martin. “Sitting at the table right from the beginning of the creative process means that we represent, propose and enable possibilities that simply aren't available to scriptwriters and showrunners if we're not there. Our experience enables us to be able to say what's possible, and what we can make possible in terms of VFX while always working to a specific set of parameters – the most important of which are budget, time and resource. We want to grow the work we do on this platform for the likes of Nat Geo and Netflix, to facilitate more visual effects and bigger series.”

While the first series dramatised a fictitious account of a team of humanitarian colonists – members of the International Mars Science Foundation (IMSF) – landing on and starting to live on Mars, the new series sees the arrival of greedy corporations looking to extract and exploit the red planet's natural resources for commercial gain.

The new narrative – which meant more people, more vehicles, more locations, more accidents and more drama – plus a move from shooting on location in Morocco to a studio (and its backlot) in Budapest, meant that Framestore had a planet-sized mountain of work to do: 1302 shots across the six episodes. These shots involved creating digital matte paintings of Martian landscapes, new CG environments, vehicle designs and CG builds of shuttlecrafts, rovers and a space station, and some serious FX including a Marsquake scene. Framestore also designed and created all the User Interface (UI) design that appears on the various screens and control panels of spacecraft, rovers and handheld devices that appear throughout the series. 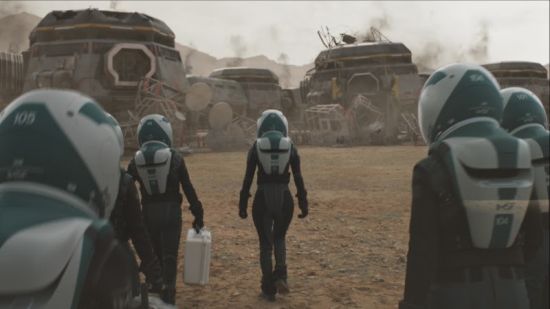 One of the biggest VFX challenges on MARS 2 was seamlessly matching live action footage shot in the backlot of the Budapest studio (which had been covered with gravel, tons of sand and backed by a vast green screen wall constructed from shipping containers) with sweeping landscape plates shot on location in Morocco.

VFX CG supervisor Robert Harrington explains: “The series 2 setup was similar-ish to our work on season 1 but the primary cast not leaving Hungary was new and therefore something which required some planning as it meant taking Principal Actor footage shot in what was essentially a supremely-flat, Hungarian car park at a former cold-war missile base – and blending it seamlessly into the the ancient fossil-encrusted hills and cliffs outside Erfoud in Morocco where a team, led by overall VFX supervisor Russell Dodgson, went to gather environment and lighting plates. A whole lot of driving enabled us to find locations not only topologically good to blend into but also where the 40-degree sun angles the DOP was leveraging in a Budapest summer would cut with sweeping views of the rocky Moroccan landscape in the autumn because, after all, we had the primary cast on one continent, their doubles on another, and it all had to match perfectly. No easy task but we’re pleased to say the result is something we are proud to have playing on TV.” 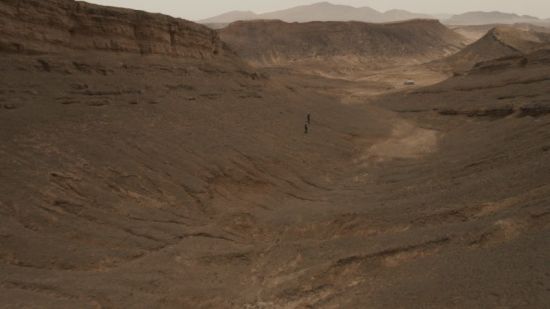