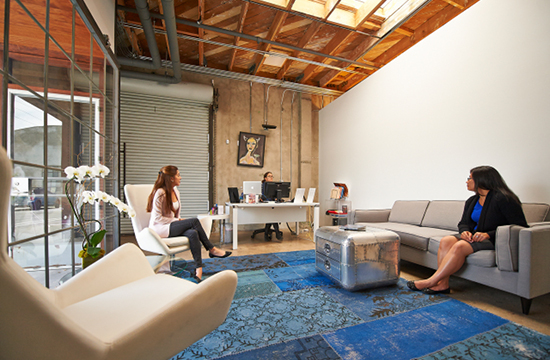 Framestore's LA operation can today announce the opening of its new permanent home: a specially designed and ultra spacious studio in Culver City, heartland of the moving image.

The new studio will be led by elite team comprising Aron Hjartarson as Creative Director, Alex Thomas as Senior Flame / VFX Supervisor, Kati Haberstock as Executive Producer, Ben West as Head of CG (LA) and Mary Nockles as Producer. The leadership team will report to President of Integrated Advertising Worldwide, Jon Collins, who is in a prime position to apply the experience he gained whilst establishing Framestore's New York office in 2004.

Designed by David Howell of DHD and RAC Design Build, the LA office will serve the West Coast with the high end VFX-led content that has become synonymous with the Framestore brand. As the fourth cornerstone of Framestore's transatlantic business, the LA studio will connect with London, New York and the company's newly-opened Montréal office to offer clients a truly global and 24/7 service.

Before moving into their new home, the LA team crafted VFX on the globally acclaimed Pepsi Beyoncé Mirrors, Dr Dre Beats and Captain Morgan (developed in conjunction with New York). Although primarily focused on commercials, the LA studio will also be a key player in Framestore's global integrated advertising solutions, crafting all manner of aesthetic experiences for every space and platform. 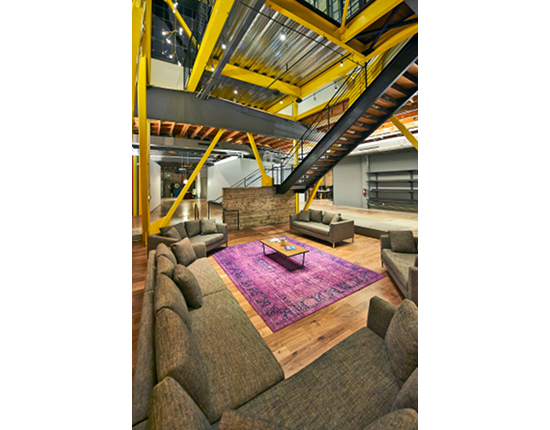 Framestore's Co-Founder and Chief Executive Officer, William Sargent, explains: "With the LA office we are able to provide the local commercials community with best-in-class VFX, and are in a strong position to serve as creative partners who support our clients in brand messaging regardless of platform. We're a flexible company, where talent from different locations come together on larger projects which means we have a greater capacity to explore areas of innovation like realtime CG and second-screen opportunities."

Framestore's President of Integrated Advertising Worldwide, Jon Collins, continues: "With the continued increase in interest from the West Coast, we needed to provide a local solution in LA. We have worked hard to build a team that is extraordinarily talented. I am excited by the thought of what they will create and I have every confidence that they will be a strong part of the exciting future ahead at Framestore."

Senior Flame / VFX Supervisor, Alex Thomas, is a NY-Lon veteran who is often the artist of choice for Noam Murro, Dante Ariola and Tom Kuntz. His experience stretches across 12 years and several continents, having worked for Animal Logic in Australia and The Mill in both London and New York, before finding a home at Framestore's London HQ in 2005. Thomas's portfolio covers the majority of Framestore's flagship productions, including Rexona, Stella Artois, Jamesons, HP and LG.

As Executive Producer, the South African Haberstock brings over 20 years of experience in commercials and promos. In addition to working as VFX producer on American Express's Robert De Niro commercial, as directed by Martin Scorsese, she has also had the privilege of working on projects for artists like Michael Jackson, Madonna, U2 and Snoop Dogg. Haberstock's talent was recognised in 1999 when her work for Paul Hunter's TLC promo was nominated for a Grammy.

Head of CG (LA), Ben West, can lay claim to more than a decade of experience as a VFX supervisor and director, most recently working at ROBOT VFX in his native Australia. Having crafted hundreds of commercials, television episodes and feature films for companies like Animal Logic, West now has a Masters degree in directing and was featured in shots' new directors showcase. In 2010, he was nominated for Best Animation Director by the Australian Directors Guild.

Producer Mary Nockles was first introduced to Framestore back in 2005 when she was an integral member of the NY office. Nockles' presence in the LA commercials industry began in early 2011 at Psyop, where she produced award-winning Super Bowl campaigns for Chevrolet and Toyota before returning to the Framestore fold.