On bringing colour to a sexy lifesaver 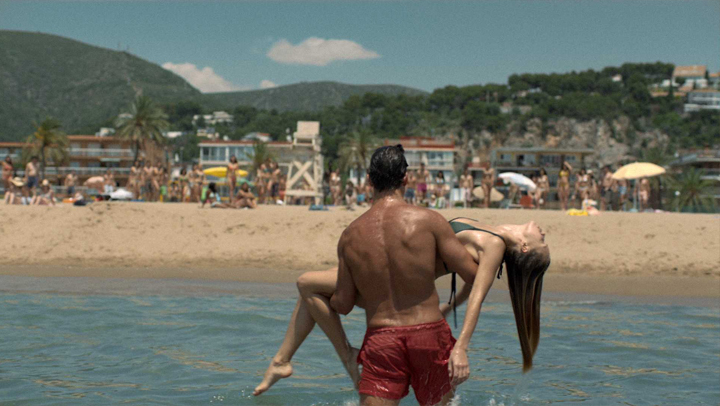 First shown during the Super Bowl in February, Axe's amazing competition to send consumers into space continues to gather pace with this new spot, Lifeguard, building on launch spots Buzz, Fireman and Earth. The campaign is another Axe-BBH-Framestore collaboration, following on from the success of last year’s award-winning Axe The Chain.

The commercial begins with a lifeguard looking out to sea as he hears a girl's screams. You might think a shark attack would be his biggest worry, but no, having saved the day it turns out it's pesky girl-stealing spacemen you've got to look out for - of course "nothing beats an astronaut."

Along with Fireman, Lifeguard was shot in Barcelona and directed through Biscuit London by Tim Godsall. A prosthetic shark was used to film the in-the-water scenes, which required quite a bit of invisible clean-up. The spot was graded at Framestore, with its beach themes requiring "an almost silvery shine, with deep blues, shiny tanned skin tones and saturated contrast" says our Senior Colourist, Simon Bourne.

Earlier in the year the campaign was announced, press conference style, by none other than Buzz Aldrin, in a spot directed by Caviar Content’s Nick Jasenovec and featuring some Framestore magic. Then there’s Earth – a completely CG commercial, directed in-house at Framestore, that shows the Axe pack rocketing through space on its way to earth.