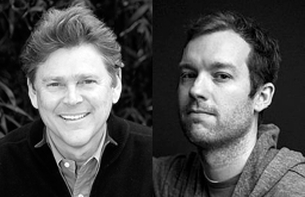 The two senior level appointments follow plans to significantly expand the Montreal team, which were revealed earlier in the year by CEO and co-founder Sir William Sargent in line with Premier Philippe Couillard’s visit to the Studio.

Kyle Dunlevy joins Studio Framestore from LucasFilm, where he directed 23 episodes of Star Wars: The Clone Wars, acquiring two Emmy nominations in the process. Previous projects also include the role of Lead Animator on Transformers: Age of Extinction whilst at ILM in San Francisco, as well as contributions to Star Wars: The Force Awakens, Jurassic World, and Tomorrowland. Dunlevy will oversee the Animation team on the upcoming Jungle Book: Origins, scheduled for 2017.

Richard Hoover brings a wealth of industry experience to his role, having accrued two Academy Award nominations for his work on feature films Superman Returns and Armageddon. Hoover spent the past 11 years at Sony Pictures Imageworks; previous to this, he held roles at The Secret Lab and Dream Quest Images, having also worked as a highly-awarded Commercial Director/Designer. He joins Framestore as VFX Supervisor on Bill Condon’s Beauty and the Beast, due for release in 2017.

Fiona Walkinshaw and Matt Fox, Joint MDs of Film Worldwide, commented on the appointments: ‘We are extremely pleased to welcome Richard and Kyle to our Montreal office. Their industry experience is hugely valuable, and we look forward to putting their creativity to work on our latest projects. Their leadership in their respective fields will ensure that our teams continue to learn, grow, and create more brilliant work’.