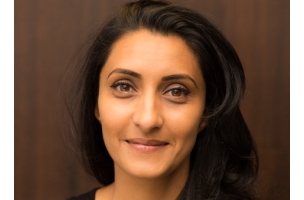 Framestore, the Oscar-winning creative firm and leader in virtual/augmented reality, digital, production, VFX and design, has brought on Resh Sidhu as a Creative Director of the Virtual Reality Studio. In her new role, Resh will report directly to Christine Cattano, who was recently promoted to Executive Producer of the VR Studio. Resh will use creative direction, storytelling and conceptual ideation to help lead the growing VR team in creating groundbreaking work for clients.

Resh’s appointment comes on the heels of an incredible year for Framestore’s VR studio, the world’s first dedicated studio of its kind, which opened its doors last April. Since then, Framestore has excelled and innovated a number of VR “firsts” over and over again - initially with the massive success of the “Ascend the Wall” activation for HBO’s Game of Thrones at SXSWi, and then with nearly a dozen pioneering projects for brands across Oculus Rift, Google Cardboard, and Samsung Gear VR. Other highlights have included Merrell’s “Trailscape,” the first-ever commercial “walk around” use of virtual reality; a zero-gravity tour of the spaceship in Interstellar; “The Teleporter” for Marriott Hotels; the “Volvo Reality” app to test-drive the auto brand’s XC90 vehicle; and the recent Avengers experience for the new Samsung Gear VR.

“We have grown so much since we opened the VR studio last year, and expanding our team is essential for us to further the possibilities for our upcoming projects,” said Christine Cattano, Executive Producer of Framestore. "Reshhas a one of a kind skillset and high caliber experience in creating seamless visual work for a variety of clients. Over the next year, we’re focusing on brokering new partnerships with some of the most anticipated VR platforms in the industry. With that will also come opportunities for creating proprietary VR content – pushing the boundaries of what the industry thinks we’re capable of. Adding Resh to the team was vital as we continue to be a pioneering force in virtual reality.”

"Joining the Framestore VR Studio represents a unique opportunity to work with some of the most diverse and extraordinary VR specialists in the world,” said Resh Sidhu. “Their pioneering appetite for continual innovation in Virtual Reality has established Framestore VR Studio as world leaders. It’s this unique combination of vision and expertise that sets Framestore apart from other companies, and I’m so proud and excited to be a part of the team creating the future."

Prior to Framestore, Sidhu was a Creative Director at AKQA London, where she lead multi-disciplinary teams serving clients like Xbox, Nivea, M&S, Nissan Global & Nissan Europe, Infiniti, Kraft Mondelēz and Beiersdorf. Sidhu’s most recent work includes the award-winning Nissan IDx experience featuring the world’s debut of Oculus VR technology.Resh is also the founder of Virtual Realms, an online blog and community that centers on the developing creative technologies and innovations of Virtual Reality.