Derek was most recently Head of Production at MPC 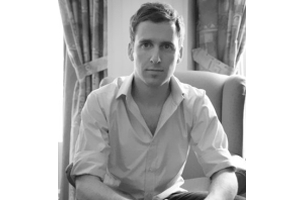 Oscar-winning visual effects and creative content studio Framestore announced today that it has tapped Derek Macleod-Veilleux as Executive Producer in New York. Macleod-Veilleux's focus will be on sales, account management and strategic development, while also working closely with the production teams, offering pipeline support across all projects.  He will work collaboratively with Luis Ribeiro, who joined Framestore in December as Executive Producer with a focus on business development for VFX, Digital/VR and Design; Sarah Hiddlestone, Head of VFX Production, Integrated Advertising; and James Razzall, who was promoted last year to the North American sales umbrella-role of Senior Executive Producer, based out of Los Angeles. Macleod-Veilleux will report directly to Jon Collins, President of Integrated Advertising, Worldwide and Jonathan Shipman, Head of Integrated Production.

The hire comes at a time of steady growth across Framestore’s commercials division in the U.S. The company recently increased its leadership team headcount – in addition to the hire of Ribeiro, other recent additions from the past few months have included Jennifer Siegel and John Duffin as Executive Producers of Framestore Pictures, a live action production company under the Framestore umbrella, in New York and Los Angeles.

“Dez initially began working with us on a freelance basis, but we quickly saw that his rich background and diverse experience with stellar brands and directors would make him a major asset full time,” said Jon Collins. “So, we soon snatched him up as an Executive Producer to bolster our fire power in both sales and production. The past year and a half has brought us a wider and more exciting range of projects and client briefs across all of our specialties in VFX, Digital/VR and Design, and we sensed that Dez would be the ideal fit to work collaboratively across those teams.”

Macleod-Veilleux started his career in Sydney, Australia at visual effects companies Cutting Edge and Oscar winning Animal Logic. When he came to the U.S. he worked as an Executive Producer at The Mill NY, where he worked with directors such as Nicolai Fuglsig, Rupert Saunders, and Filip Engstrom; and brands such as AT&T, Coca-Cola, Pepsi, Mercedes, Maybelline and Ford. Macleod-Veilleux was most recently Head of Production at MPC, where he was instrumental in building out their New York and Mexico City Offices. He was also the Executive Producer on their award winning Dell "Thomas" spot and Dish’s “Hopper” campaign working with directors such as Raf Wathion, Björn Rühmann, Noam Murro, Renny Maslow and The Guard Bros.