Adds EP of Live Action and two to Business Development 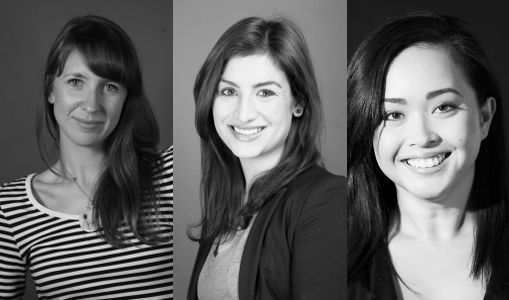 The hires come at a time of undeniable momentum for Framestore – not only for bringing home the 2014 Academy Award in visual effects for Gravity, but also for the company’s steady progress in its evolution to develop creative solutions for commercial, film, TV, and gaming and technology clients in ways never before imagined.

Jon Collins, Framestore’s President of Integrated Advertising Worldwide, said, “The Framestore we know today is made up of producers, directors, creative technologists, artists, writers, designers – a global collective of problem solvers with a single goal of making magic. We’re constantly approached with extraordinary briefs that push our limits; adding Sophie to spearhead the Live Action department will provide the ideal structure to handle these all-in projects.”

He added, “Growing our in-house sales team has always been a goal. As the volume and breadth of the projects we take on increases, adding a full-fledged business development division to the U.S., modeled after its counterpart in our London office, was a natural next step. Lauren and Ashley bring a wealth of relevant experience to their roles; I couldn’t be more confident in their ability to bridge the gap across our New York and Los Angeles offices and propel our business forward.”

In her new role, Thiellon will be responsible for overseeing live action and design. She previously held roles at B-Reel in New York and at Finch, Exit Film, and Luscious International in Sydney. Her work has been honored at Cannes, Spikes Asia, IAB Mixx, AWARD Australia, YDA, Adfest and Adstars.

Merritt and Ford will be responsible for establishing and maintaining both new and existing client relationships. Prior to joining Framestore, Merritt worked in business development at Schafler Artists Management, Inc. and Wiredrive and also held positions at b-to-b event agency GDS and Raycom Media. Ford previously worked in sales and representation at Siobhan McCafferty & Associates and also held positions at Rock Paper Scissors, a52 and Partos Agency.