Awards and Events 128 Add to collection 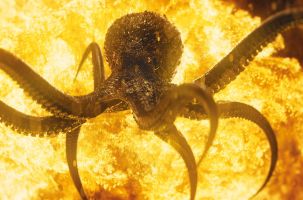 It was a historic week for Framestore as it once again collected awards in New York, London and Berlin.

At CICLOPE Festival in Berlin, Framestore was awarded VFX and Animation Company of the Year, an outstanding recognition of the studio’s core capabilities in CG and VFX which sit at the centre of every project.

Framestore also won gold for the iconic title sequence for 2015 Bond movie Spectre, and for the groundbreaking live experience ‘Field Trip to Mars’, created with McCann NY for Lockheed Martin; adding a bronze in VFX for Sainsbury’s ‘Mog’s Christmas Calamity’.

At the prestigious London International Awards, Framestore was awarded Production Company of the Year for the first time, joining an esteemed group of winners including agency partner McCann NY for Lockheed Martin.

Such high praise was swiftly followed with further accolades at Wednesday’s shots Awards in London, where ‘Field Trip to Mars’ collected a further three golds, alongside a silver for Mog in Animation and a bronze for Framestore Labs’ ‘Digital Signage’ project, created for Morgan Stanley.

Framestore was also extremely proud to see Resh Sidhu, Creative Director of Framestore VR Studio, honoured at the inaugural Voice of a Woman Awards in New York for her incredible achievements in Technology and Innovation in Virtual Reality.

Says Jon Collins, President of Integrated Advertising, of the studio’s golden week: "This week’s collection of award wins demonstrates the incredible breadth of work delivered by an amazingly talented team at Framestore. All of the these awards are a recognition that Framestore keeps building on our huge reputation in VFX to open up pathways to new and exciting opportunities."