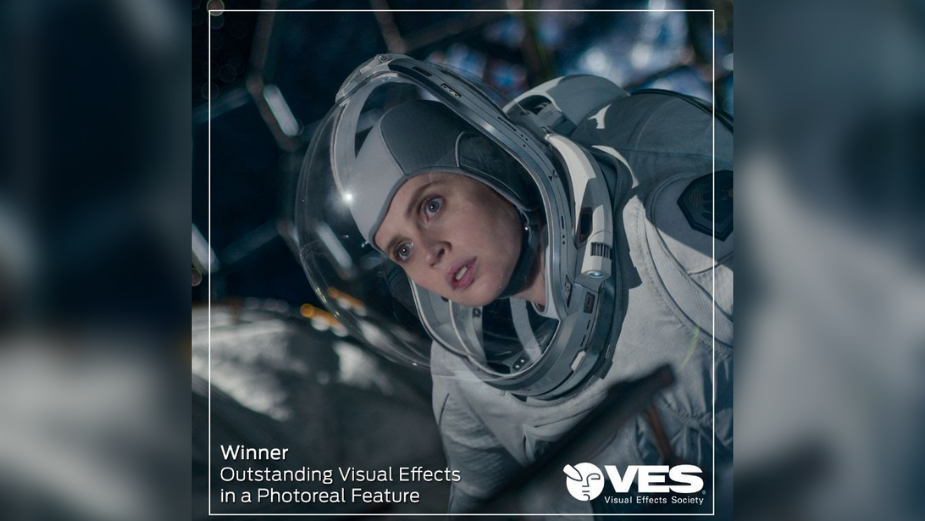 Framestore celebrated five wins at the Visual Effects Society Awards ceremony, including the coveted ‘Outstanding Visual Effects in a Photoreal Feature’ award for The Midnight Sky.

The prestigious wins span five titles that are stylistically different but ultimately united by Framestore’s approach to excellence, deftly showcasing the creative studio’s capacity for delivering best-in-class visuals to support storytelling across film and episodic projects regardless of style, genre or aesthetic.

Fiona Walkinshaw, Framestore’s global managing director, film, said: “The VES wins for The Midnight Sky, The Crown and Project Power are a real testament to the craft, creativity and technical excellence our teams brought to their respective projects. These successes also highlight the sheer diversity of projects we work on, from George Clooney’s thoughtful sci-fi epic The Midnight Sky to the eye-popping, hyperkinetic action of Project Power and on to the seamless invisible FX required for a period drama like The Crown. My congratulations to the winners, their teams and their fellow nominees, as well as to our clients for all their VES successes this year."

Framestore’s VES Award wins for 2021 are:

- Outstanding Visual Effects in a Photoreal Feature - The Midnight Sky

- Outstanding Supporting Visual Effects in a Photoreal Episode - The Crown

- Outstanding Model in a Photoreal or Animated Project - The Midnight Sky

The Oscar, Emmy and BAFTA winning studio has a slate of major film and episodic projects on the horizon, including A Boy Called Christmas; Army Of The Dead; Doctor Strange In The Multiverse Of Madness; Fantastic Beasts 3; The King's Man; The Little Mermaid; The Matrix 4; No Time To Die; Red Notice; The Suicide Squad and The Tomorrow War.