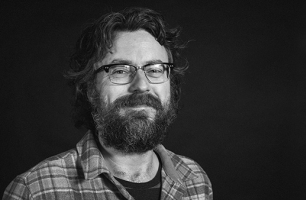 Framestore is pleased to announce that Andy Salter has joined the award-winning Integrated Advertising division as a Senior Flame Artist.

A familiar face to Framestore, Andy has 15 years of experience in the industry and has worked with the company on numerous projects in the past, including last summer’s Sky campaign with Idris Elba.

Inspired by Chris Cunningham’s music videos for Björk and Aphex Twin, he joined Glassworks as a runner in 2000. He quickly discovered Flame and within weeks was trying to get as many night shifts as he could to learn the kit. All the extra work paid off and he soon got to work with his directing hero Cunningham.

From there Andy went freelance, working in London and New York on campaigns for the likes of Sony, Coca-Cola and Nike. Now part of Framestore, he’s pleased to have found a permanent home.

"Having worked with Andy many times over the years it's great to know he's going to be here whenever we need him and we'll have all that experience on-call" said Head of Flame and long-term collaborator Ben Cronin.

“While freelancing I was always looking for an environment in which to feel comfortable and able to do good work. I feel like I’ve found that here. They take their work really seriously, with great attention to detail, but there’s real warmth here,” said Andy.