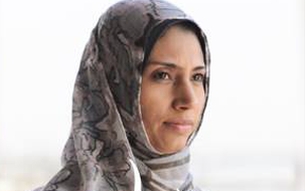 90% of Egyptian women are veiled. The veil is solemn and important, because of religion. It is also a key part of their identity as women and as individuals.

But, despite being a majority, they are treated as a minority, living lives that are laced with inhibitions and insecurities around their veil. In a non-forgiving society, always under the spotlight for everything they do, judged and belittled, many women are left discouraged and demotivated. These women find that their every step, move and decision is scrutinised by a judgmental majority leaving them afraid to voice their opinions and pursue their dreams, which inevitably forces these women into a cocoon. It’s a daily challenge not giving into the social pressures.

They are treated as a minority even by brands; Egyptian brands do not show veiled women in their advertising.

As one of the leading voices in the region, FP7/Cairo (Part of McCann Worldgroup) has launched a movement called “3ala rasy” (“I am my veil”) to empower veiled women in Egypt. And in the process, is changing how veiled women see themselves - turning an icon of restriction into an icon of empowerment for women who are veiled. The agency aims to push to the forefront the optimistic and empowering nature of veiled women versus the stereotypical discouraged and self-conscious one.

The agency has partnered with Facebook in Egypt, and the movement has been kick-started with a film that has garnered 5.3 million views and counting, and has become one of the most watched and talked pieces of content on social media across Egypt. The film uses the well-known technique of reverse poetry in beautifully written Arabic, speaking as (and to) the inner voice of every veiled Egyptian woman out there; telling them “do not inhibit yourself, because you are everything you tell yourself.” Just like the copy technique used, the words don’t really change, but when women viewers change the way they read them, they can see the change they become.

The campaign is currently being extended across channels to propagate the empowering message even more to women and brands across Egypt.

video
FP7/Cairo - I am my Veil
view more - Creative