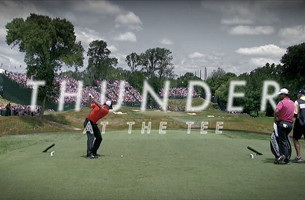 Driving home the message of “The Future Is Now,” the campaign celebrates the “Young Guns” representing a new generation of superstars looking to make history in Oakmont. The network has continued to embrace the U.S. Open as the ultimate test. The evolution of the next generation of golfers -- Spieth, McIlroy, and Fowler -- who are topping the rankings, embody the challenge and spirit of the sport’s most exciting Championship. Each golfer is almost an archetype of the U.S. Open itself; Spieth is the All-American hero; McIlroy is the tumultuous storm, trying to survive each hole; and Fowler is the brash confidence to succeed.