Fox And E4 Tackle Promiscuity With 'The Other Woman' 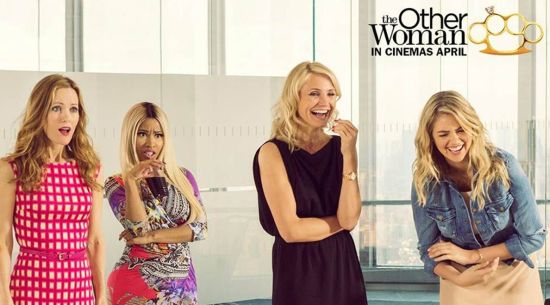 Fox is teaming up with E4 to promote the upcoming romantic comedy The Other Woman through a talent-endorsed TV competition around Made in Chelsea.

The partnership, which has been devised and implemented by media agency Vizeum, will see Made in Chelsea stars Louise Thompson and Francesca Hull invite the show’s fans to vote on what they’d do if they found their partner had been promiscuous. Twitter users will be invited to cast their vote using the hashtag #e4fight if they would stay with their partner or #e4unite if they would support the other woman.

Viewers will be encouraged to include the official film handle, @TheOtherWomanUK, when the TV spot first airs during the programme on Monday 21 April.  The ads will run during the week in the lead-up to the film’s nationwide release on 23 April across E4 and 4oD.

Robbie Ashcroft, Creative Solutions Manager, Vizeum said: “Made in Chelsea is an immensely popular programme that draws in great numbers among the key target audience for The Other Woman. Not only this, but the storyline of the film perfectly complements and resonates with the entangled love lives of the Made in Chelsea cast.  This means it provides the most relevant platform possible to engage with this audience using the simplicity and effectiveness of Twitter to raise awareness of the film and fill cinemas up and down the country.”

Maria Buttaci, UK Theatrical Media Promotions, Fox said: “We are delighted to be working with Channel 4 and two of Made in Chelsea’s key stars on this truly integrated and endorsed campaign.The Other Woman is the ultimate girl’s night out destination film, about an unlikely friendship between three women who unite and concoct a brilliant scheme for sweet revenge on a cheating man – a theme that too often arises within the E4 hit show.  With spot placement within Made in Chelsea and other popular E4 programmes we are able to target women 16-34 in a unique, standout way to really get people chattering socially and between friends.”