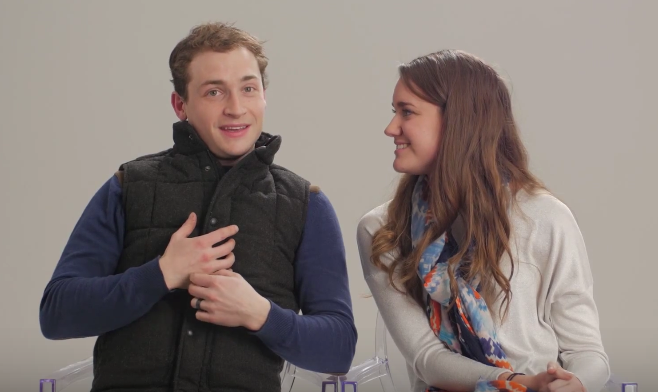 Four Seasons Condoms is showing its support for Marriage Equality in Australia through a thought provoking and emotional social video campaign called ‘An unexpected question about marriage.’

The video shows a cross section of married people talking about their wedding day, their relationship and what being married means to them. In the first 10 hours of being live on social media, the video has had over 100,000 views and counting.

The objective of this video is to show Four Seasons Condoms support for marriage equality in Australia. There has been a groundswell of corporate and community support for this change recently as many weigh in on the political debate, with brands such as Optus, Qantas and Commonwealth Bank joining the movement. It comes at a crucial time, after the cross-party bill was introduced to support gay marriage in parliament earlier this week.

Graham Porter, founder and managing director of Four Seasons Condoms, the Australian owned condom company said: “Showing our support for marriage equality in this country is very important to Four Seasons Condoms. Equality will mean that everyone in this country will have the opportunity to marry their loved one if they wish to. I feel very passionately about this and hoping to build on the momentum of this social issue within the community.”

Charlie Leahy, ECD of Emotive said: “What better way to support this movement than to show what marriage means to people who actually can get married. Having seen what has happened in the UK, the US and Ireland we hope that our work for Four Seasons Condoms can help play a small role in getting same-sex couples treated equally under Australian law.”

Emotive were appointed as Four Seasons Condoms’ content marketing partner in February 2015 delivering their first social video campaign for the year called #AreYouComing. As part of this ongoing partnership, Emotive have also delivered the strategy and amplification plan for ‘Condoms for Africa’. ‘The Meaning of Marriage’ is the third social video initiative for Four Seasons Condoms this year.

Make sure you join in the conversation using #MarriageEquality #LoveIsLove #WeCanDoThis