Forsman & Bodenfors and Volvo Capture the Incredible Beauty of Sweden 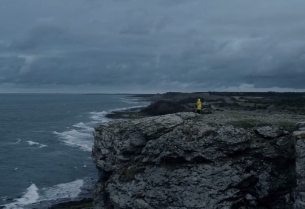 Director Gustav Johansson unveils the next chapter of Volvo’s "Made By Sweden" campaign with a sweeping short film paying tribute to Sweden’s harshest conditions. Created by Forsman & Bodenfors, the 4-minute piece “Vintersaga” takes us into the depths of a Swedish January – the month when the country shows itself from its harshest side with rain, snow, cold, wind and sun that hardly rises above the horizon.

It is also the period that defines Swedes the most. While people from all over the world flock to Sweden during the warm summer periods and enjoy the hours of extended daylight, only the residents choose to stay there voluntarily when the great melancholy rolls in.  With the darkness and cold comes a special creativity that affects everything from the music the Swedes create to the cars that they build.

Gustav Johansson sought to capture visually the feeling of vemod - one of the most Swedish words, which does not have a clear or direct translation in English. Vemod is a complex emotion and a cultural phenomenon, comprising a tender sadness or melancholy mixed with a feeling of longing.  Vemod is not an outward feeling, but more of a slow fretting inside of somebody. It is something that is sad, yet beautiful.

Produced by Gustav Johansson’s Scandinavian production company, New Land, and shot over a period of 11 days, “Vintersaga” sees the bleak Swedish January transformed into a breathtaking and affecting vision through the lens of the Swedish people. Set to the pulsating title track “Vintersaga,” performed by Swedish singer/songwriter Amanda Bergman and produced by Oskar Linnros, the powerful combination of audio and visual evokes a transformative, almost haunting, emotional experience in the viewer.

From claustrophobic snow-topped forests to vast seaside panoramas, the sleek Volvo slips through the soaring scapes, as quintessentially Swedish as the background itself.  Gustav’s “Vintersaga” is an arresting film that translates a sense of both the forlorn and uplifting quality of vemod, while paying tribute to the Swedish heritage that is built into every Volvo. 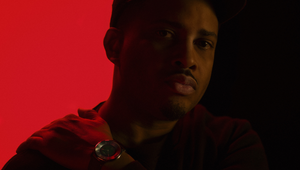