Former Vice President Al Gore Asks "Why? Why Not?" to Fight Climate Change 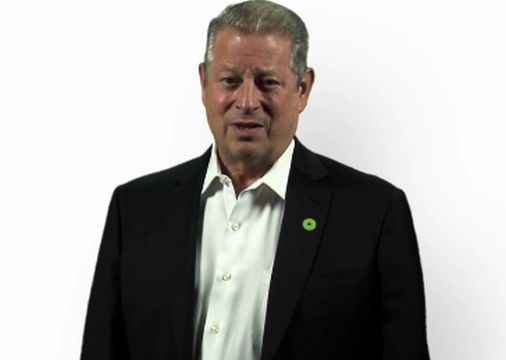 Former U.S. Vice President Al Gore and The Climate Reality Project have appointed a team of WPP agencies to create a global campaign that puts pressure on world leaders, through their citizens, to commit to meaningful carbon emission reductions.

After a creative development process involving five WPP agencies in New York, London, Shanghai and Sydney, under the direction of WPP Group Planning Director Jon Steel and Worldwide Creative Director John O’Keeffe, leading Australian advertising agency GPY&R Sydney presented the successful campaign to Mr. Gore and his team at The Climate Reality Project, as well as the Climate Change and Communications Groups at the United Nations. 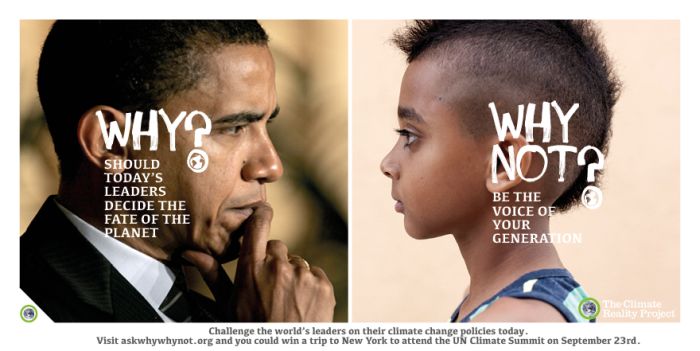 Led by Andrew Dowling, Lucielle Vardy, the newly appointed Executive Creative Directors Bart Pawlak and David Joubert, and David Sharrod of Y&R New York, GPY&R’s campaign is activated in Australia, Brazil, Canada, China, India, Philippines, South Africa and the USA. It urges people to ask their leaders two important questions to make a positive difference for the future of the planet: ‘Why?’ and ‘Why Not?’

“In any language across the world, children ask why and why not from a very young age, over and over again. They ask the first to try to understand the world, and the second when they want to change that world.” 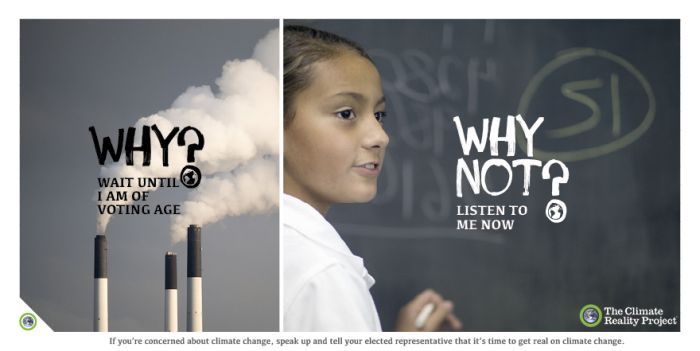 “We want people of all ages to continue to ask these questions of their elected representatives to help highlight the problem in the current approach to climate change, and advocate the future solutions we should be sanctioning now,” said Andrew Dowling, Managing Director at GPY&R Sydney. 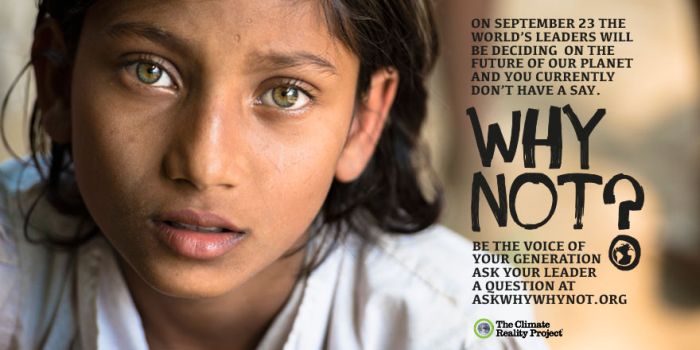 Jon Steel, Group Planning Director at WPP said, “We are delighted to be able to work with Mr. Gore in addressing the most important issue facing our planet. Our aim is to frame the problem in a simple, personal way, and to convince people that we cannot leave this to future generations to solve. Climate change is already affecting millions of people, and I, for one, don't ever want to look my children and grandchildren in the eye and admit that I knew, and did nothing. Unlike most previous campaigns, ours has an optimistic tone. The majority of people want to solve this problem, but don’t know how. The ‘Why Not?’ part of our campaign suggests how it can be done."

video
Al Gore Why - Why Not?