Luke Mugliston, the previous CEO of The Gate London, is stepping down after five years at the helm 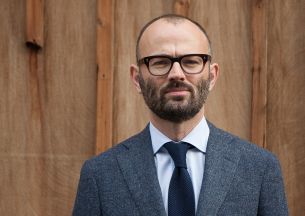 Jamie Elliott, former CEO at MullenLowe, will take over as CEO of The Gate London in January as a further step in the agency’s transformation plans.

Elliott’s arrival follows on from the recent appointment of Beri Cheetham, former ECD of Leo Burnett, who joined the agency in December.  He will report into Peter Reid, CEO of the Gate’s parent company, MSQ Partners.

His brief is to shape and lead the next stage of the agency’s development, bringing its full-service proposition to life, adding capability to enable the agency to better service its existing clients, and delivering sustained growth for the agency.  He will also play a key role in continuing to develop MSQ’s multi-disciplinary offer, which is the fastest-growing in the UK marketplace.

Elliott led MullenLowe London (formerly DLKW Lowe) as CEO and Managing Director for the past 5 years.  Previous clients have included Post Office, UK Government, Rémy Martin, Digital UK, Public Health England and The Electoral Commission, all of whom he led the original pitches to win.  He has overseen highly effective campaigns which have won IPA Effectiveness and Effie’s Golds and led the agency to becoming Effie’s Agency of the Year 2016.

At DLKW, he previously also played a pivotal role in the integration and rejuvenation of Lowe London as DLKW Lowe. He began his career at Euro RSCG Wnek Gosper.

Luke Mugliston, the previous CEO of The Gate London, is stepping down after five years at the helm, but will remain available to selected clients.

Peter Reid, CEO of MSQ Partners, said: “We could not be more delighted to have secured Jamie’s services. There are very few agency leaders who come close to his record in leading agencies through transformational change and in delivering sustained new business success. Plus, his collaborative attitude and enthusiasm will make him a fantastic addition to the broader MSQ Partners leadership team.”

Elliott added: “I firmly believe it should be the age of the ‘independent agency’ and both The Gate, with its full-service capability, and the broader MSQ network are ideally placed to lead the charge on this.  That’s why I’m delighted to be on-board.”