Serving in design, art direction and production roles, he brings an agency creative director’s perspective to the studio 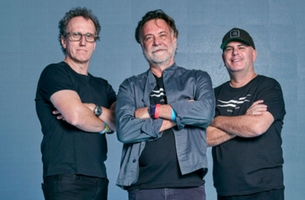 Gary Koepke, an award-winning designer, art director and creative director and co-founder of the iconic Boston ad agency Modernista!, has joined TheBridge.Co, the New York and L.A.-based production and content company that specializes in connecting artists with brands. The announcement was made jointly by TheBridge.Co-Founder and Director Mike Jurkovac and Co-Founder and Editor/Director Igor Kovalik.

Koepke has already worked with TheBridge.Co on several projects, the most recent being art directing, co-producing and handling second-unit directing on a new spot for the Genesis G80 sedan, produced for Innocean USA. The spot, which broke in September (to view it, go to www.thebridge.co) was directed by TheBridge.Co’s Jurkovac and showcases the car in a variety of settings in and around L.A. with a clean, contemporary, high-style look.

He also played a leading creative role on TheBridge.Co’s recent live event for the automotive brand: a live, two-and-a-half-hour show in Seoul to unveil the new G70 luxury sedan, featuring Gwen Stefani, Andra Day and the Kpop sensation CL. The show was overseen musically for TheBridge.Co by Grammy Award-winning producer Printz Board.

“Gary provides a unique perspective for agencies and clients on our projects,” says Jurkovac, who first met Koepke when the latter was Design Director of Vibe and hired celebrity photographer Albert Watson to shoot the magazine’s debut cover. Jurkovac at the time was Watson’s EP and partner in his New York studio, cYclops.

While contributing to these projects in the role of an art director, producer and wizened creative seer, Koepke is also directing for TheBridge.Co, most recently shooting a series of highly-personal promos with the Black Eyed Peas’ Fergie for “Double Dutchess,” her new visual album. TheBridge.Co Executive Producer Bill Boyd led the production team supporting Koepke on the assignment.

Koepke sees his role as providing an added layer of experience to the work TheBridge.Co undertakes, whether it’s production, content creation or developing ways for brands and agencies to leverage the power of music for their marketing and social media campaigns. “I know what’s important, not just to the client but to the agency as well, and I can help guide the process throughout production,” he notes. “We want our clients to succeed, and anything I can do to help achieve that is part of what we offer.

“We’re building a new model here, which entails partnering with agencies and brands to allow them to produce more content at the highest quality, yet in a smart, economical fashion,” Koepke continues. “Having a senior agency creative like myself deeply involved gives everyone a greater sense of comfort and confidence.”

Combined, Jurkovac, Kovalik and Koepke have extensive rosters of creative and production contacts on the agency side, and they’re looking forward to working with many of them in this new format. “I think this is what will make us more than just a production company,” Koepke adds. “We can help agencies solve problems that they might be having trouble solving. And we work in a highly collaborative fashion. Our work with Innocean’s Eric Springer and his team, for example, was very fluid.”

“So many young creatives we work with are familiar with Gary’s work from Modernista!,” Jurkovac says. “It’s like they get a chance to work with one of our industry’s creative leaders. And now that he’s moved over to the production and content side, he’s helping us erase all these barriers, and not just between agency and production house. For example, the POV he brings to the way in which we connect artists with brands also provides a fresh perspective on the content space.”

Koepke began his career as a designer, working with a number of major publications and brands. He served as founding Design Director of Vibe and produced award-winning work, including design for Benetton’s Colors. He later joined Wieden + Kennedy in Portland, and helped open the agency’s New York office. In film, Koepke directed music videos for both David Bowie and U2, and created the tour visuals for DJ Paul Oakenfold’s 2008 World Tour.

At Modernista!, he led creative teams that not only launched GM’s Hummer, but produced memorable campaigns for brands such as Cadillac, Anheuser Busch, MTV, Converse, GAP, Showtime, Nickelodeon, Stop Handgun Violence, Product (RED), the National Parks Foundation and the Art Institute of Boston.

“I like to sweat the details and make things look beautiful,” Koepke says of his approach to the ads and graphic design projects he’s worked on. “Joining TheBridge.Co will let me get back to more longer-form content and storytelling, which is where my heart lies.”