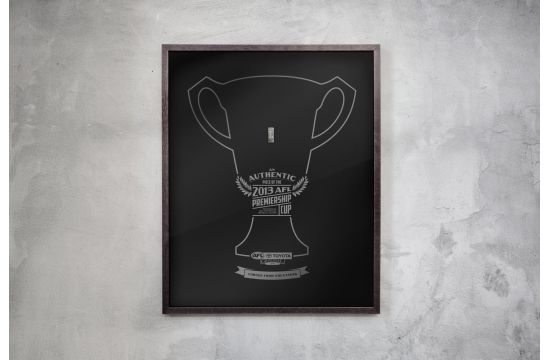 GPY&R Melbourne and AFL have launched a world first- the chance to own an ingot forged from the 2013 AFL Premiership Cup, the most elusive prize in Australian sport.

Since 1897, 116 Premiership Cups have been awarded. Its sacred metal is lusted after by every player in the league. What isn’t commonly known is that when each Premiership Cup is forged, approximately 42.2 grams of this precious metal are left behind.

GPY&R Melbourne has taken this metal and turned it into a one-of-a-kind piece of history to be sold to the highest bidder. Based on today’s market commodity price, if the ingot sells for AUD$2,113.10 it will have officially become the world’s most precious metal, worth even more than gold or platinum.

The promotion is part of this year’s AFL Finals ‘Witness Greatness’ campaign and aims to continue to hype up the 2013 Toyota AFL Finals series. Additionally, all proceeds from the sale of this historic item will go to Ladder, the AFL’s official charity for tackling youth homelessness.

So if you want to own a part of the 2013 AFL Premiership Cup, bidding is now open here: http://www.forgedfromgreatness.com.au/