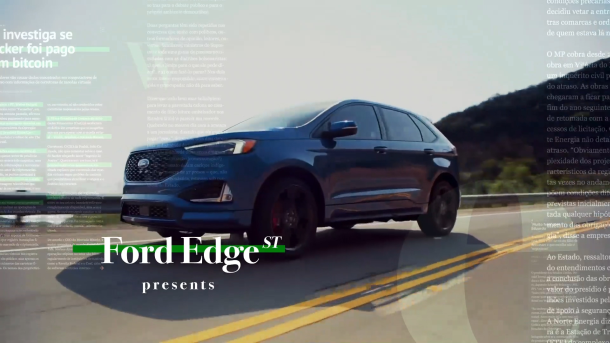 The Ford’s ST Edge SUV is taking on Spotify by creating itsown news feed, with daily written content being produced as audio files from abespoke team.

Ford and Estadão – the largest news outlet in Brazil – launched a new partnership through an innovative project called 'Spotify News - Performance Edition'. Credited by GTB Brazil, this project transforms the print version of Estadão’s daily paper into audio tracks on Spotify. To make this possible, Estadão created a new team that adapts print news to an audio version narrated by journalists. Each section has its own album, each news story has its own track. When the newspaper hits the stands in the morning, the audio files are also made available simultaneously on Spotify.