For The Love Of Music... 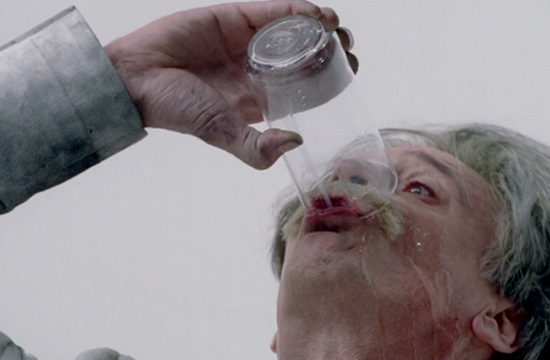 For The Love Of Music: Jeffrey Plansker Teams With Commercial Talent To Create Short Film Promos For Internet Station Pocketradio.org

Director Jeffrey Plansker’s lifelong passion for music has inspired a series of short films created to promote his online music station: PocketRadio.org. Plansker teamed with likeminded friends from the commercial world including Cinelicious Colorist Steve Rodriguez and General Editorial’s Noah Herzog on the whimsical and lyrical vignettes, the latest of which launches today.

Produced in collaboration between Supply & Demand and PocketStudio, the films are a blend of homage and surrealism, a wink and a nod to the power and pleasure of music. Actor Frank Schneider embodies a series of characters in each, providing an absurdist through line for the series. Music, naturally, also plays a starring role.

Plansker turned to creative collaborators in the advertising realm to bring commercial level production to the series, which was shot on 35mm. Having worked with each of the team members on numerous projects, he knew they shared his interest in music and would bring equal parts talent and fun to the process.

PocketRadio is a non-profit Internet station that exists to promote often overlooked or obscure music and new concepts of broadcasting. Listeners are encouraged to support the artists they hear by buying work in its intended form, be it LP, CD, Cassette or MP3. PocketRadio is radio with all the mistakes of live radio sessions are recorded live and include all the mishaps of real broadcasting.