For Sale: The Sky 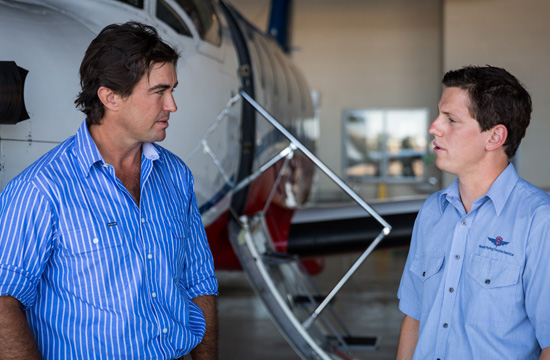 For the first time ever, Australians can buy their own virtual patch of sky and support the Royal Flying Doctor Service.

The Royal Flying Doctor Service, Australia's largest and most comprehensive aeromedical and healthcare service, has today launched the biggest and most inventive fundraising campaign in its history; Buy the Sky (www.buythesky.com.au), created by Havas Worldwide and sister PR agency, Red Agency.

The Flying Doctor is offering supporters the chance to have their own personal Flying Doctor experience by ‘purchasing’ and naming a patch of sky along selected flight paths across Australia. For a $50 tax deductible donation, supporters can choose a 1km square patch of virtual sky with specific co-ordinates. Supporters will be issued with a digital certificate showing their name in the sky and the patch co-ordinates.

Whether as a simple gesture of goodwill, a chance to see your name in the sky, or as a gift, the campaign provides supporters with the opportunity to be part of one of Australia's most iconic and loved charities.

Those who buy a patch of sky will also receive updates about Royal Flying Doctor Service activity taking place on their flight path through ongoing communication from the charity. Once a patch has been bought, supporters can opt in to receive weekly flight updates via social media or email once Royal Flying Doctor Service planes have passed through their very own slice of Australian sky.

The campaign is designed to help secure the long-term future of the Service which relies on fundraising and donations from the community to purchase and medically-equip its aircraft and to support its 24/7 emergency aeromedical and essential healthcare services.

Steve Coll, Executive Creative Director of Havas Worldwide Sydney says, ‘Endless blue sky is such an iconic part of this country. For the first time, people can buy their very own patch of Australian sky in support of the RFDS. It’s an incredibly simple idea, with many layers. You’ll know when an RFDS plane has flown through your patch, and discover the vital missions your donation has enabled.”

“It’s been a huge team effort from the entire agency to get such a truly integrated idea up and running, but I’d like to give particular recognition to the relentless efforts of Chris Johnson, the creative lead, and our tenacious account and digital teams, supported by our supreme PR agency.”

James Wright, Managing Director, Red Agency, says, “As the only driver to the campaign our media relations and social strategy is crucial in the success of what is the RFDS's biggest and most ambitious fundraising campaign to date. We have designed our campaign to inspire people to buy a patch of sky and share that experience with their friends.

"The RFDS is an integral part of Australia’s rural history. Now more than ever they are needed to rescue those who would otherwise be stranded in remote locations, hours away from health services. We can’t predict when we will need help or where we will be when we need it. This campaign embodies the spirit of supporting the RFDS, and is an easy way for those who value the service to be part of it in a unique way."

Jimmy McGlynn, a motorcycle crash survivor evacuated by the Flying Doctor Service with a potentially fatal head injury, said, "I’m still here and I wouldn’t be if RFDS didn’t look after me the way they did. Everything I received was spot on."

Each time a Royal Flying Doctor Service flight is flown, information about the flight is tracked using a flight tracking and monitoring system. Supporters will be able to receive weekly updates of activity through their very own patch of Australian sky. To buy your own patch of sky, visit www.buythesky.com.au.