For 2019: What It Means to be a Postmodern Brand and Why It Matters

The Influencers 422 Add to collection

INFLUENCER: Why Rob Neyer's book on baseball has caused Barkley's David Gutting to think of brands through a postmodern lens 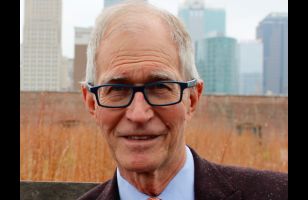 Four brands, and one book on baseball, have come together this holiday season to suggest what strategists need to be thinking about in 2019.

The four brands are GE and Amazon in one corner, J. Crew and Anthropologie in another. The baseball book is Powerball by Rob Neyer.

Neyer’s book is about a single game played during the 2017 season between the Houston Astros and the Oakland A’s (of Moneyball fame). The game itself is just a context - Neyer digresses into all sorts of fascinating areas. His premise is that baseball has entered a postmodern era. The A's were Moneyball, the Astros are Powerball.

In the early 2000s, the A's seized on something that few teams looked at - hard data, not baseball folklore - to find hidden value in players. But everyone caught up.

The Astros are the postmodern story: analytics taken to a whole new level thanks to technology that measures everything - down to the exit velocity of every batted ball and the precise position of players in the field.

The Astros do this better than anyone - for now. Despite losing that day to the A’s they won the World Series in 2017. Another Powerball team, the Red Sox, won it all this year.

That’s the story of baseball. In the Majors, teams always adapt. Neyer’s book has caused me to think of brands through a postmodern lens.

And thus, the four brands I mentioned earlier. In each pair, one brand is postmodern, the other is on the decline.

A trip to the mall to make a couple of returns for my wife triggered some insights for J. Crew and Anthropologie. I’ve watched both brands over the years - as a consumer and as an analyst. I know that J. Crew has struggled with all sorts of issues (some operational) and that Anthropologie has thrived. Recent sales data bears that out.

When I walked into the mall early on a busy holiday shopping weekend, J. Crew had a huge '40% Off Everything' sign at the entrance. But the store was sleepy and I made my return without a wait. In contrast at Anthropologie, virtually nothing was on sale and the store was buzzing. I waited 15 minutes in line. You could tell the store was going to have a good day.

Next, GE versus Amazon. The Wall Street Journal recently did a sobering piece on GE, documenting its decline from a company with a market cap of $600 billion in 2001 to $60 billion today. In 2001, Amazon had a market cap of $2 billion. Today, it’s $750 billion, though that’s down 25% from its $1 trillion peak.

One could argue that I’m cherry-picking brands here to make a point, but I think there’s a lesson in all of this. All four of these brands have been on trajectories that don’t deviate from the trend. J. Crew and GE are down while Anthropologie and Amazon are up.

J. Crew is a classic retailer, staking out a 'position'. Preppy with a bit of an edge. Anthropologie is an experience brand. Positioning doesn’t mean much for them. They look at their consumers -affluent millennial and Gen X women - and always think about where they’re going next. Their latest experiment is Devon Yard, pushing the lifestyle side of the brand to an extreme.

It’s fixed versus fluid, and fluid is winning.

Then there’s GE and Amazon. GE is the industrial giant who believed that massive investments in fixed assets - with a huge bank behind them (GE Capital) - would make them as great in the 21st century as they had been in the 20th. They fell victim to what George Romney once said about GM, “Nothing is more vulnerable than entrenched success".

Meanwhile, that $2 billion bookseller is powering much of our economy by measuring everything - a postmodern company that builds networks. It’s asset-based versus network-based, and network is winning.

Am I oversimplifying? Maybe. But consider: the postmodern brand is like the postmodern ball club. You better adapt to what they throw at you. First it’s high fastballs. Then curveballs. Eventually sliders.

J. Crew and GE crushed the fastballs and the curves. But Anthropologie and Amazon are hitting the sliders. George Will told his son, “If you can hit the slider by the time you’re 18, you can quit school.”

David Gutting is SVP/director of intelligence at Barkley