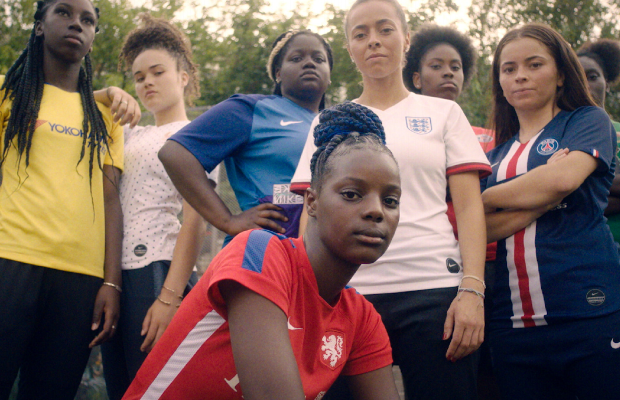 ‘Footeuses’ is a new documentary about street football, specifically, the women who play it and a celebration of the talents who often go unnoticed. YARD and Miles presents the documentary dedicated to feminine soccer and its protagonists.

As part of the ‘Concrete Football’ series, ‘Footeuses’ dives into the players’ reality: whether they are playing for the French federation or for Paris Saint-Germain, whether they are young amateurs or socially-engaged artists.

From their first dribbles in their clubs or on the neighbourhood playground with friends, to international matches, the itinerary of these women symbolises an aspect of soccer that yet has to be widely publicised. For some, gaining access to the professional soccer world is an explicit goal, but for others, soccer is lived as a means of affirming themselves and being emancipated in a world that is still attached to tenacious paradigms.

For every one of them, football is an inevitable part of their lives: the lives of women from the greater Paris. In this, ‘Footeuses’ not only offers a glimpse in their way of playing football. ‘Footeuses’ has been conceived as an ode to their fierceness and dedication.

This is a symbol of hope for a generation of players as a whole. Thanks to the documentary, the light is shone back on those who are and will inspire millions of other players, no matter their generation or social class. As a creator of human contact and emotions with no equivalent, the soccer that Footeusesis displaying is a game made of touching sisterhood, a game for fighters, in spite of all the existing prejudice. A football that is put back in a context of authenticity, realness and passion.

In Collaboration with: Jesse Adang