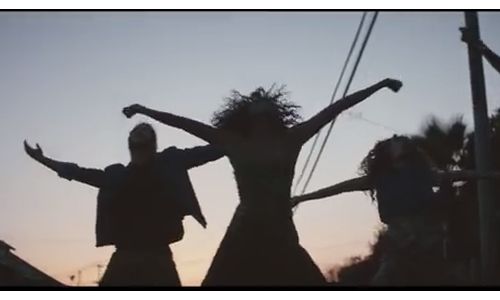 Set to the infectious anthem, “Football Will Save the Planet,” the vibrant Galaxy 11 music video features a mix of live action shots coupled with sophisticated computer-generated animation to highlight the battle to save the planet from intergalactic invaders. Sims captures the action as dancers take to the streets with powerful moves from choreographer Jamaica Craft, while football’s elite begin an athletic crusade against their otherworldly opponents. Sims expertly utilizes creative lighting techniques and captivating shots to convey an intense sense of urgency and unity among mankind.

“The energy level on set was amazing,” said Sims. “Jamaica’s choreography brought another color to the Galaxy 11 campaign, and the liveliness of the dancers paired with the awesome cityscape we had as our background made this shoot one of my favorites.”

Sims’ experience working with international talents Usher and Christina Aguilera prepared him for this large-scale spot set to a memorable dance track. Collaborating with Jamaica, who also boasts an impressive resume including work with Justin Bieber, allowed Sims to capture the complete Samsung Galaxy 11 story, finishing with dramatic scenes from the final match against the aliens.

DNA has garnered a reputation as a premier production house through industry-leading work with an array of major brands, artists and organizations including Sony, Lexus, Target, Budweiser, and Verizon, to name a few. Recently, DNA created a breathtaking music video for David Gray’s single, “Back in the World,” and a thrilling 30 second spot for USPS and The Amazing Spider-Man 2 by directors Marc Webb and Rich Lee.