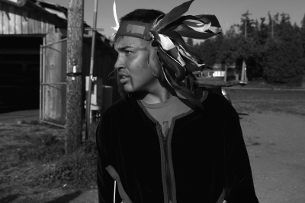 When Lummi Nation started playing high school football over a decade ago, they had no place to play until their coach, former NFL Wide Receiver Jim Sandusky, let the tribe of Native American teenagers play on a makeshift field in his backyard. A new film from Russell Athletics and Barkley shows how the team has helped bring unity and pride back to the Lummi Nation.

Football has a lot do with the positive change in Lummi Nation, a culture that will not be defined by the pain of the past. For the Lummi People of Northwest Washington, high school football extends beyond its 8-person team. It represents the hope of the entire 5,000 member tribe.

The film is the latest installment in Russell Athletic’s  #SettleYourScore campaign, which follows six high school football teams as they turn the one thing that haunts them from their state championship loss into the ultimate motivation.

For Coach Jim Sandusky and the Lummi Nation Blackhawks, that “one thing” was one play. At half time, they were 10 points behind. But they rallied back and ultimately took the lead only to lose by one play with a final score of 46-42. For the team and for the tribe, the loss was heartbreaking. So Russell, as part of its “Team On” initiative to promote team sports in America, helped them take real actions to help teams increase their odds of winning.

"Russell Athletic is telling the untold stories of team beyond the Friday night lights," says Barkley creative director Berk Wasserman. "High school football is bigger than a win or loss, even if it’s in state championship. For Lummi Nation, football has become an unexpected tradition to bring their people together.” 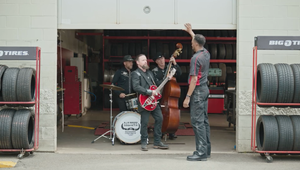