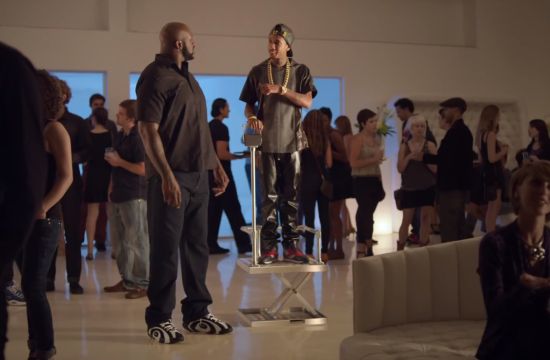 The latest work from Foot Locker: “Conversation Lift” is the newest commercial in the brand’s “Foot Locker Approved” campaign that debuted last year, and which was also awarded multiple Lions at the recent Cannes International Festival of Creativity.

The spot showcases the new “Shaqnosis” sneakers from Reebok, and available at Foot Locker.  It stars NBA legend Shaq and rapper Tyga as they attempt to hold a conversation that requires a lift. The ad, from BBDO New York, breaks online this week and will debut on TV later in the summer.

The brand will be releasing additional ads within the “Approved” campaign over the next three weeks, which we will be sure to share with you if/as they are completed.