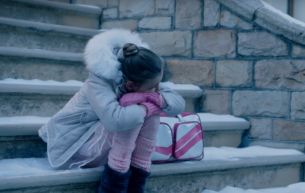 At the start of the Christmas season, Edeka calls on everyone to think about what really counts; spending time with family and friends. Today marks the start of their new Christmas campaign which focuses on 'donating time' to loved ones. The centrepiece is a new online film called #Zeitschenken (translation: time-as-a-gift) as well as 'time gift vouchers'.

Edeka's 'time gift vouchers' are available to all those who wish to give away their time at Christmas. Whether it's a trip to the cinema or a tasty meal for two, each and every wish can be entered individually on the reverse of the gift vouchers.

The campaign was created by Jung von Matt / Alster, and directed by Greg Gray through Fox Devil Berlin.