Agency Octagon teams with Milkmoney and TBWA for thought-provoking campaign 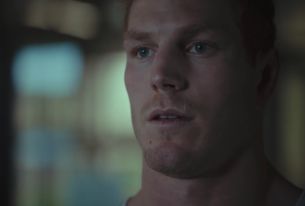 It’s an interesting time for men in Australia, with a new idea of real strength emerging. Measures of masculinity are moving beyond traditional notions of power, affluence and physical strength.

It is timely then, that in the same way that Dove (for women) has started a global conversation around real beauty, Dove Men+Care and David Pocock have collaborated to launch a campaign which addresses a shared realisation that conversations need to be had on a more nuanced version of a man’s real strength. The Strength to Care campaign aims to start conversations with Australian men about where real strength comes from – having strength of character, having the strength of conviction and having the strength to care.

The campaign is brought to life through David Pocock’s Journey to Strength project, a video series that gives insight into how, despite his stature, David found it hard to speak up and find his voice, and the value he places on showing vulnerability and imperfections in his life.

The path David has trodden is not typical. Not by a long stretch.

Born in Zimbabwe and forced with his family to abandon his homeland as it descended into anarchy, he grew up in Brisbane and played rugby and trained to his limit to become a professional athlete.

At 18, he was first selected for the Western Force, and at 20 he won his first Test Cap for Australia. Widely recognised as one of the best players in the world, he was considered to be the stand out player of the 2015 IRB Rugby World Cup helping push the Wallabies against the odds into the final.

But far from being recognised for his considerable on field achievements, David’s actions off the field have made him one of Australia’s most intriguing sports stars.

He has shared his strong views on climate change and the environment that ultimately saw him arrested at a mine site in 2014.  He has taken a stand against Australia’s lack of recognition for same-sex marriage and declared he will not marry his partner Emma until the governing laws are changed. But it isn’t just away from the rugby field that David’s strength of convictions have been found.

In 2015, he stopped the local derby between the Brumbies and Waratahs in its tracks when he, and a number of teammates, called out an opposition player for a homophobic slur. And in 2016, he stunned the rugby world by declaring that he would take a yearlong sabbatical from professional rugby to further his interests away from the field.

David is without doubt one of the strongest players on the rugby field at the moment, what makes him even more remarkable and interesting is that this physical strength is matched only by his strength to care off the field.

The Dove Men+Care Strength to Care campaign collaboration comes from a shared goal to shift perceptions of masculinity away from outdated views and towards a realisation that real strength comes from showing care.

David Pocock’s Journey to Strength will be released in line with the 2016 Cook Cup Rugby Test Series against England from 11 June and will give insight into how he found it hard to speak up and find his voice. Relationships hero the series, distinguishing David’s value in showing vulnerabilities and imperfections and how these build for a stronger more caring relationship. In the final chapter, David explores the pressures of everyday life, understanding that before you can care for anyone else, first you must take care of yourself.