Football star produces series to premiere on his YouTube channel 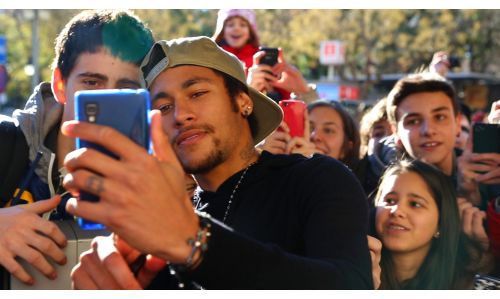 Brazil’s star forward, Neymar Jr has scored a world first with a documentary series about his life on and off the field, which he has produced and premiered on his YouTube channel – the only world-class athlete ever to do so.

Working with directors Felipe and Alice Braga of Losbragas, part of Film Brazil, Neymar gives viewers unique access to himself and his daily life, with candid interviews and personal footage.  Releasing an episode each week, three separate series chart key events in Neymar’s career, from his early days playing for Santos and preparing for the 2012 Olympics, to his transfer to FC Barcelona and his selection for the Brazil National Team for this year’s World Cup.

Developed from an original idea by Felipe Braga, the documentary is an exciting innovation in sports marketing and communications, capitalising on Neymar Jr’s incredible social media following.

Felipe Braga commented:  “Opening up this window on Neymar Jr’s life may show up new opportunities for content creation and marketing, beyond just his performance in a match. With his incredible social media numbers, he is a channel in his own right and it makes complete sense that he presents original content, telling his own story in an all-new, global, digital way”.

Episode 1 “Days in Santos” follows Neymar as a member of the Brazilian football club, Santos, preparing for the London Olympic Games.

Episode 2 “Half-Time Barcelona” catches up with Neymar adapting to his new life in Spain, playing at the European club and recovering from an injured ankle.

Episode 3 “In between Fields” shows the football player’s off-field daily routine in Europe and his expectations around the World Cup.

“Going Home” is a 20-minute special episode launched in June 2014, just before the start of the World Cup, showing his last moments in Barcelona before travelling back to Brazil to join the National Team. All content is available with subtitles in English, Spanish and Catalan.