Folgers Mornings Get a Comedy Makeover in Highly Caffeinated Ads 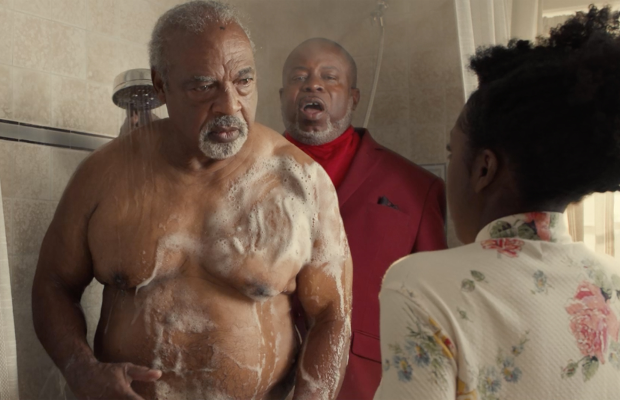 Folgers mornings just got a lot more real, and a lot more entertaining, in a hysterically modern take on the iconic notion that ‘The Best Part of Wakin’ Up Is Folgers in Your Cup’. Enter the new Folgers Choir – more formally known as the Folgers Morning Harmonizers – a red satin-clad ensemble of seven men and women who randomly show up in the midst of difficult mornings, helping alleviate tension with both a smile and a steaming hot cup of Folgers Coffee. The Folgers Choir is sure to brighten your morning, even if you just threw back the shower curtain on your father-in-law soaping up, got stuck in the middle seat in the worst carpool ever or witnessed an unsuccessful, but equally dramatic, Santa Claus entrance by dad.
The campaign features three broadcast commercials, online video, digital banners, social and digital radio. The campaign is from Publicis Groupe’s Power of One solution, PSOne, a bespoke agency for The J.M. Smucker Company.
“Over the last year we have been on a journey to transform our brands creatively and we now have proof points in this new creative work for Folgers Coffee,” stated Liz Mayer, consumer engagement & omnichannel customer marketing lead, The J.M. Smucker Company. “We needed to reinvigorate what is ownable to the brand’s DNA, yet do it in a modern, relatable way and the new campaign delivers just that.”
“For Folgers Coffee, our objective for the creative was to shift our storytelling from traditions of the past to modern relatable mornings,” commented Tina Meyer-Hawkes, vice president of marketing on coffee, The J.M. Smucker Company. “So, we wanted to celebrate the quality of the coffee in a truly breakthrough way. PSOne created outstanding storylines to propel the brand forward!”
“Folgers Coffee is beloved by most, and we want to make sure it’s relevant to even more coffee lovers,” commented Andy Bird, chief creative officer, PSOne. “In order to reinvigorate the brand, we needed to do more than just modernise an existing asset like the famous jingle –  we had to create new, more relevant one. And so, the Folgers Choir was created. It’s a new brand icon capable of narrating the most unexpected morning. This campaign is set out to be ridiculous, hilarious and wonderfully nostalgic at the same time. I hope we succeeded.”
“When you think about The Best Part of Wakin’ Up it’s nothing like what it was in the '80s,” stated Erica Roberts, executive creative director, PSOne. “Very few of us can relate to images of someone sitting at the edge of a bed, stretching their arms as a rooster crows. Mornings today are nonstop, multi-tasking chaos. And in order to make this legacy brand relevant again, we needed to tap into that truth. We searched for the perfect morning moments, ones that pushed right to the edge of plausibility and that’s where we found the humour. Well, there and in our red satin-clad Choir. I’m just so proud of the team for breathing humour into a brand and the part of our everyday that deserve it most.”
The campaign is a very relatable nod to the million ways mornings can go wrong, from unexpected houseguests and nightmarish carpools, to holiday morning mishaps. The great taste of Folgers Coffee helps you smile in the face of morning adversity, no matter what those first few hours throw at you. This fun body of work trades in soothing morning bliss, for a much more realistic, chaotic and hilariously empathetic take on the start to the day. Starring in this fresh, new campaign is the new Folgers Choir, an ensemble of seven men and women who show up in the midst of difficult mornings to help alleviate morning tension with a smile and a steaming hot cup of Folgers Coffee. The Choir is the embodiment of the new brand feel, from their flashy all-red attire and cheery dispositions, to their refreshingly candid jingles, each of which is set to an updated version of the classic The Best Part of Wakin’ Up Folgers Coffee jingle.
view more - Creative 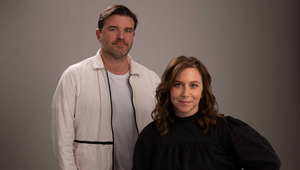 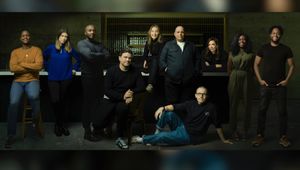 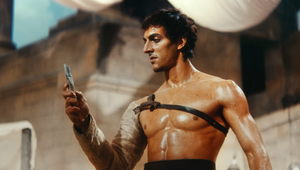