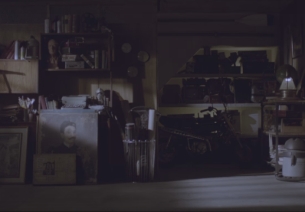 The commercial ‘Under the Gaze of the Garage’ unveiled this week for the Honda HR-V was created by F/Nazca Saatchi & Saatchi.

The film offers a unique viewpoint, as it is narrated from the point of view of a household garage. It narrates through all it has seen, reminding viewers of many lifetime discoveries and creations that had their beginning precisely within this spot in the house.

Among the memorable events witnessed by the garage are technological inventions, vinyl music, rock bands and, now, the Honda HR-V.

With 30 and 60 second versions, the production gives sequence to the concept that introduced the model last April, ‘The Revolution in your garage’, and will be aired nationwide in broadcast and cable TV.